We hope you have enjoyed your little “vacation” from our missives…

After a couple of weeks in Chicago, during which we spent altogether too much time with dentists and not enough time with friends, we departed for our Down-under adventure. Of course, the first task was getting there…an aviation marathon.

Even though we were in “Premium Economy” and a brand new aircraft (first time on a 787), it is a slog. And I can say with certainty that Boeing’s marketing name for the 787 (“Dreamliner”) is no more truthful than …

(Sorry…we are away but cannot escape…) Having said that, we were deposited in relative comfort, and exactly on schedule at Auckland Airport. We were met there by Pam Wilson.

We are slowly adapting to New Zealand. For example, after a week or so, I am now heading for the passenger (LEFT!) side of the car without an awkward pause, though that first turn into traffic still feels wrong and filled with panic. I am hoping that by the time we are renting a vehicle and driving ourselves we’ll be ready for the challenge! 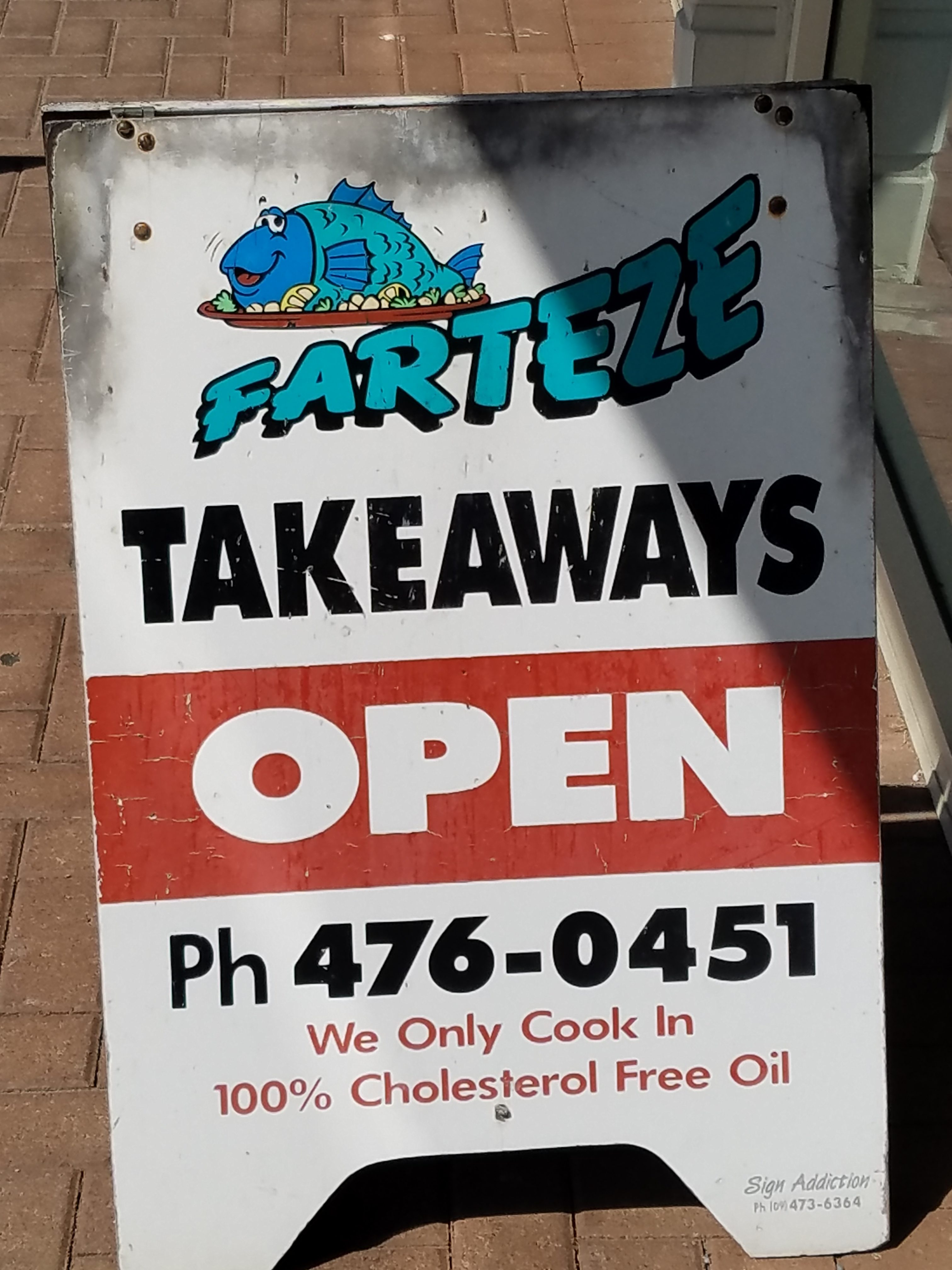 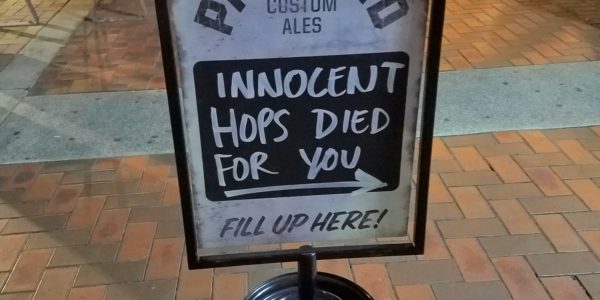 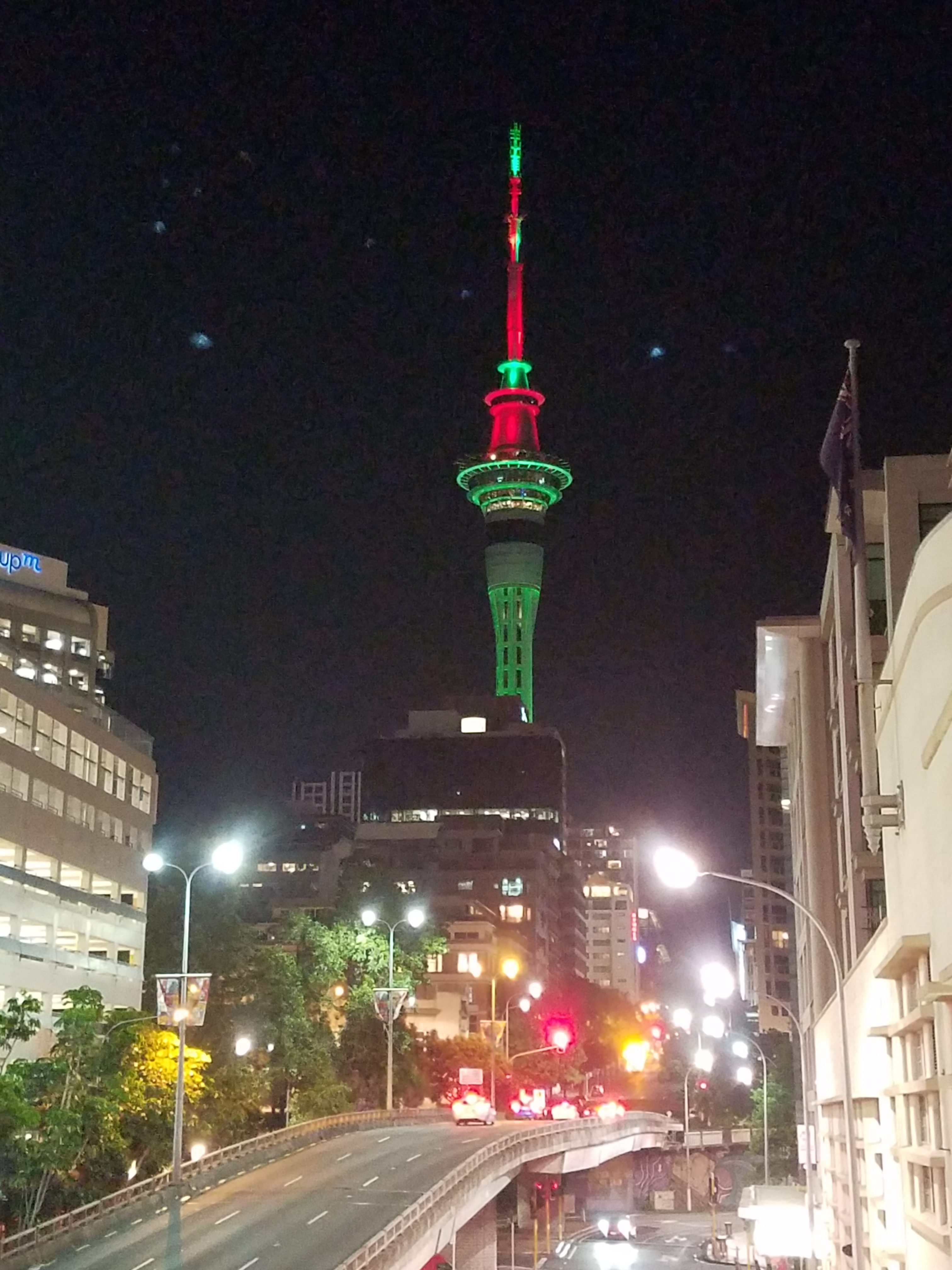 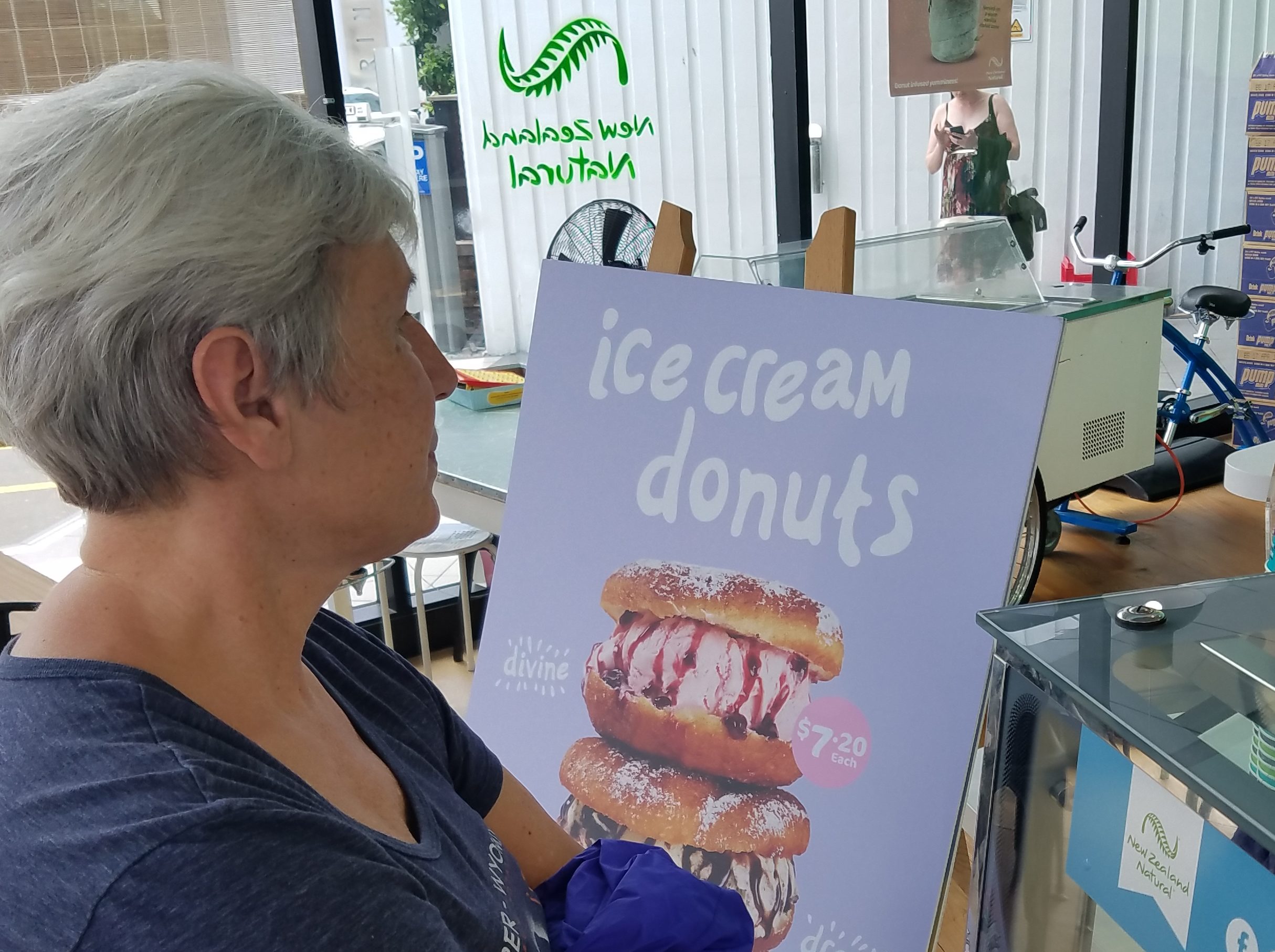 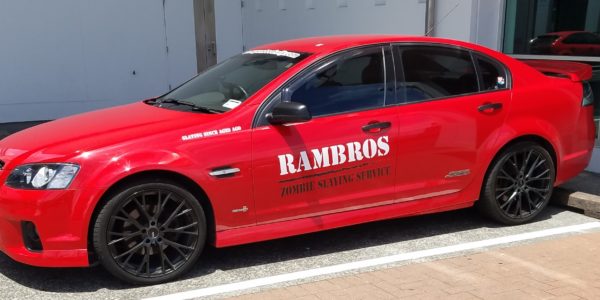 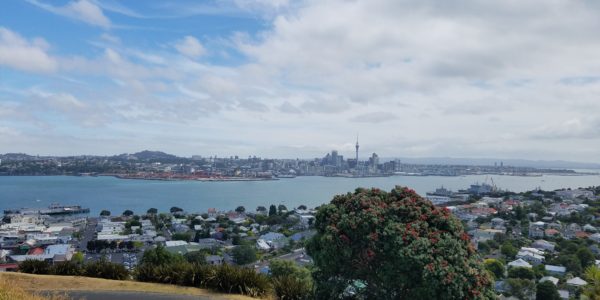 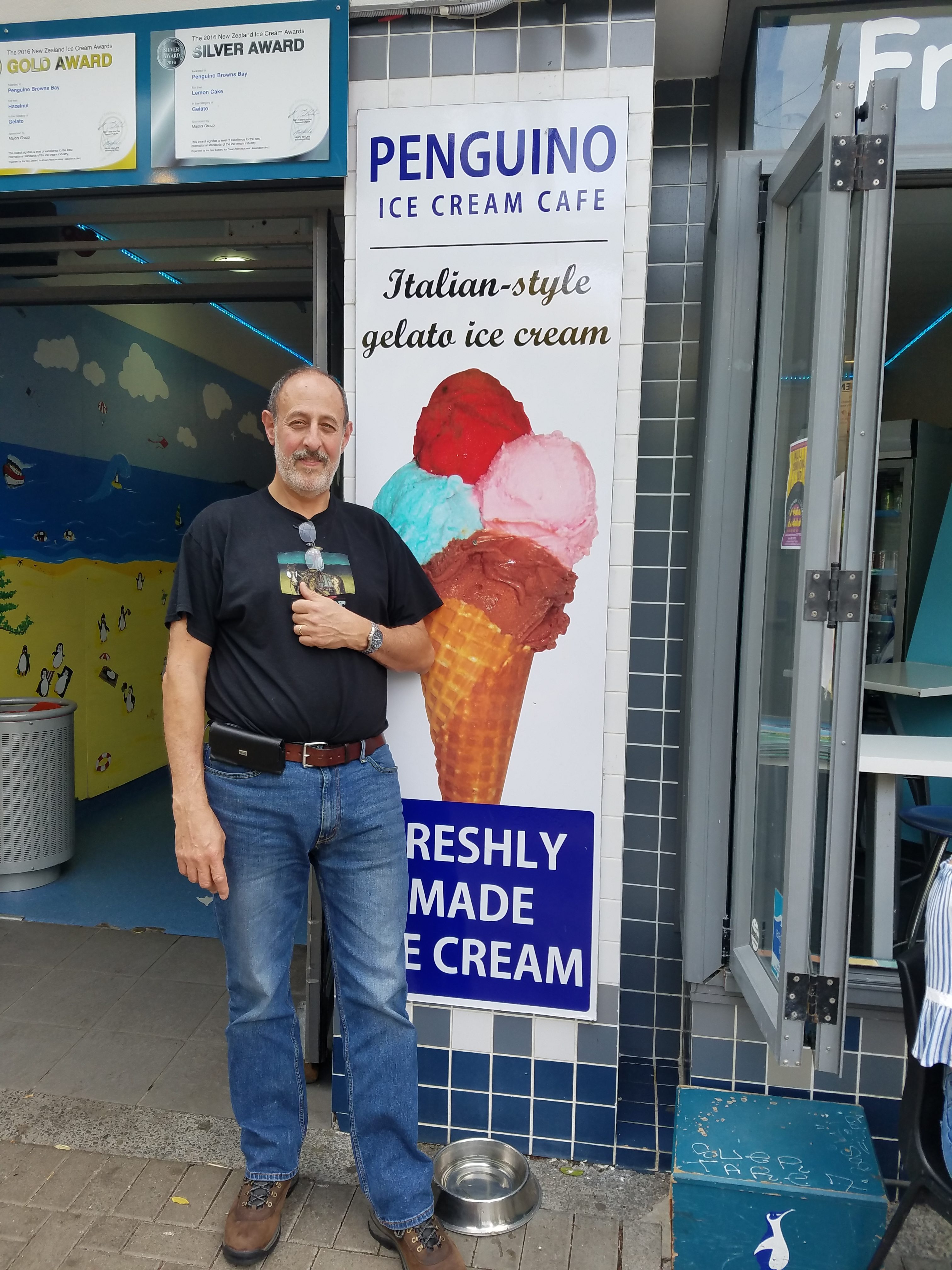 We have also discovered that there are certain cultural oddities, gaps and differences in culture, communication, food and drink. And that is even before we start discussing politics and Health Care Policy!

The look on Pam’s face when we said what we needed should have been enough for us to realize we were in trouble, adult-beverage-wise

For example, we volunteered to make Margaritas based on the AWESOME recipe learned this summer from the Mitchells in Casper Wyoming. This necessitated acquisition of key ingredients, such as Frozen Limeade and Orange Juice.  Kiwis do NOT procure Fruit drinks in Frozen Concentrate form! They have never heard of frozen concentrate and when we asked for it at 5 different grocery supermarkets, we received a look normally reserved for terrorists or lepers. The latter, of course is curable these days, but the lack of Frozen Limeade is not – proving fatal for frozen margaritas.

We also offered to make the Christmas Turkey (customary at the Wilsons, to go with Roasted New Zealand Lamb). I figured we could contribute to our hosts’ festivities by taking on this part of the meal, sharing our well-honed US Thanksgiving skills. Only to discover that nowhere in New Zealand can a Brining Bag be procured. Several Kiwi websites offered them, but specify “shipped from USA,” which we did not, clearly, have time for. Had we thought about this, I suppose we could have stuck one in our suitcase. Who knew that brining bags and limeade, symbols as they are of civilized society, would prove so difficult??

Ultimately…after visiting 5 different cooking, home goods and Butcher markets, where we again got “the look” when asking about brining bags, we found a vacuum storage bag for sweaters that could be pressed into service. Pam patiently and good-naturedly carted us around in search of the bags, realizing after we FINALLY found a suitable and local substitute, that her family and guests were about to have the VERY FIRST brined Christmas turkey in Kiwi history! Christmas and New Years were to be celebrated in the Coromandel area, about 3-hours-drive from Auckland. We left Saturday AM in 2 cars, and met at a fine café reflecting excellent Kiwi Coffee and Humor. The ”Bugger” Café pays homage to all the various uses of that most versatile word (a noun, verb, adverb and adjective, depending in mood and tone) in the Commonwealth. And it represents an expansion to our Yankee Vocabulary that will prove very useful in the future.

For example, “Oh, Bugger, the bus is buggered again. We’ll have to see that bugger mechanic again, so he can bugger it up good by installing a bigger bugger” 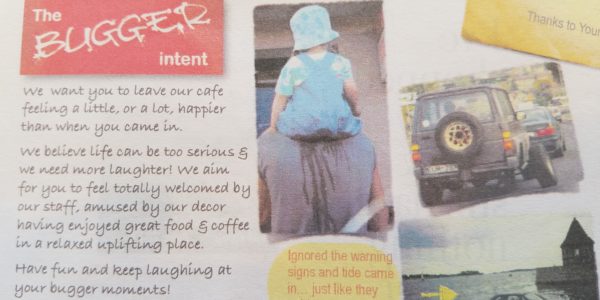 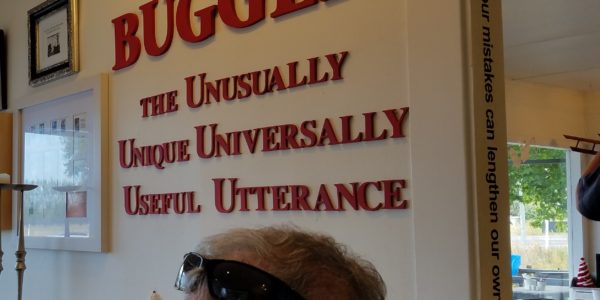 BuggerDefined
Along the way to Coromandel, we got stuck on the 1.5-lane road behind an RV pulling a small car. A long line of increasingly agitated vehicles were wondering WHY. THEY. DID. NOT. USE. ANY. OF. THE. PULLOUTS. For a moment, my jet-lag-addled consciousness had an overwhelming “out-of-body” sensation…since only a few weeks before WE were the ones driving an RV and holding up traffic! The sensation was even weirder because everything was on the wrong side of the road, of course. Like seeing a mirror image of our past. We eventually made it to the Wilson’s Beach escape in Matarangi. Which is as Idyllic as it sounds. The Sleeping Giant mountain formation, the gentle surf and ocean breezes. 4.5km-long sandy beach. First thing to be done: hoist the Wilsons’ own version of the Kiwi Flag, which featured 4 wine glasses instead of the stars of the Southern Cross.

The development where the Wilson’s beach place is located is an interesting mix of structures. Some really “Flash” (NZ for expensive, sharp, etc…). I know this because of our new dictionary of Kiwi Vocabulary, discussed in the next post! And lots with a couple (or half-dozen) vintage “caravans” (Kiwi for trailers). The folks in either are equally cool, and it does not seem to matter to the Kiwis if they have a castle on a lot next to a trailer. The only municipal requirement is that there must be something that FLUSHES on each lot! In fact, there is apparently a municipal code about the ratio of flushing-things-per-inhabitant, which is routinely ignored during the crowded Christmas Holiday. 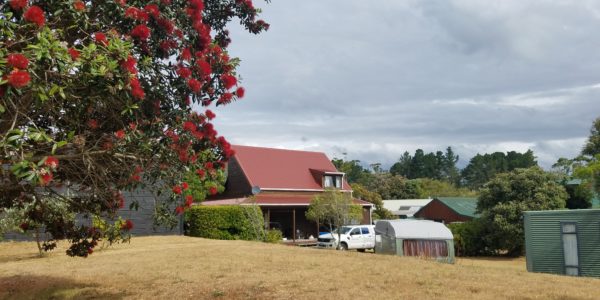 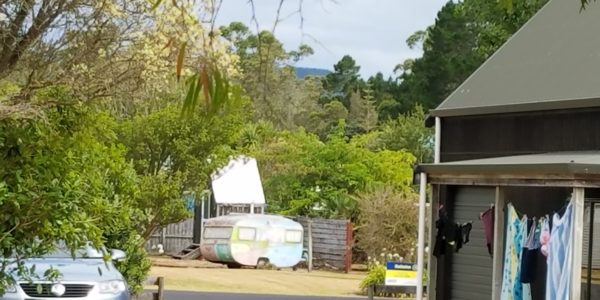 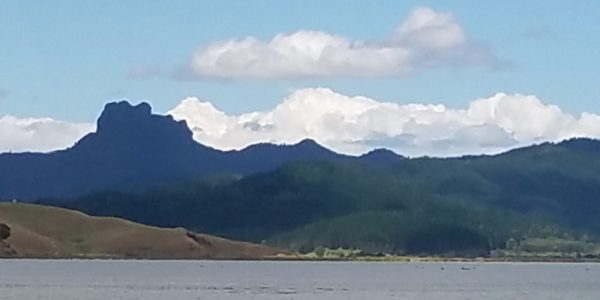 IF ONLY we could have had a margarita, though the local beer including a nice IPA provided by next-door-neighbor Harry, a former Harrier Pilot , Sauvignon Blanc and Pinot Gris were WAY MORE than adequate.

There was an article in the local magazine about Harry’s flying exploits. Actually it was more about his crashing exploits, having done so more than once. But he also received a commendation from the US Marine Corp as he managed to save the aircraft he was flying FROM crashing after hydraulic failure through his extraordinary bravery and piloting skills. Nice to know who you are drinking with!

Anyway, the beer and Pinot, were especially delightful coupled with somewhat (an understatement!) irreverent Kiwi hospitality across the entire Matarangi community, where the Wilsons have several friends and family and all participate in (informally) progressive cocktail parties. The most pressing decision that needs to be made here: Whose house to start cocktail hour at TODAY….

A couple weeks of this will DEFINITELY help us unwind and prepare for our inevitable return to our super-(UN)stressful retired life back at home!

1 thought on “Radio Harris is Back on the Air!”

[caption id="attachment_3559" align="alignright" width="300"] Our Kiwi-Hosts-with-the-most[/caption] Not a lot to be done in Matarangi…which is perfect! Festivities began with a…

Our stay in the bay area included lots of fun stuff. These last couple of Santa Cruz Pics wrap up…