After a few days in most places,  the “quirk” comes out.  In the old days (aka the 60’s,  or Haight Asbury today) this might be called letting the Freak Flag fly.  Or maybe the “Quirk” is  always there but we need to absorb the rhythm of a place before it becomes apparent.  In any case,  we relish that time when we no longer feel we are “visiting.”

For example,  Roz, our hostess at the Southport Jetty House, is a charming and hospitable soul who runs a quaint and homey B&B.

But WATCH OUT for the Quirk (not to be confused with “Twerk”)!  She opens her Coffee Shop on Thursdays thru the weekend.

Sounds downright normal,  but it is not.

It is called “The Rocket at the End of the Road.”  And it is built out of a tubular, tank-like structure that looks like a rocket. And it is truly at the end of the road…next comes the sea,  and then Antarctica.

She has lined the surfaces above the service window with what she refers to as her “Navigation System.”  Old circuit boards from who knows what.

This includes an LCD display from an old computer that displays rotating images of Galaxies and other astronomical stuff.

In other words,  the Navigation system actually works,  and I think Roz has been there and used it.

Even Roz’s story of how she came to own the Jetty House is quirky.  After raising her kids (home-schooled,  of course),  she thought to “downsize.”  So she bought a former school camp,  which included the main building, on the Aussie equivalent of the Historical Register that had 52 beds and a shower/bath house in back.  The place is under continual renovation now (for example,  we had a private bath vs. the bath house), and is really unique,  to say the least.

Or,  we drove to Dover to enjoy a winery,  which was closed,  Instead,  we found a “micro-distillery” and it’s proprietor,  Martin.  He makes one product,  and one product only.  It is a Spirit made  from an indigenous Aussie plant that is marinated in ethanol to draw out the aromatics from the leaf (similar to how Gin is made).  Plant is either related to or IS a Sasparilla – not quite sure.

I asked Martin how long he has been making this…he said “Since last year,  when I finally found the right recipe (after a LOT of research, one assumes!), but only selling it since December.”

Then a long discussion about the vagaries of licensing and of Sasperol.  This is a carcinogenic ingredient from the Sasparilla Plant that used to be in Root Beer — but is not present in his spirits, assured Martin.   In other words:

Here,  he is just quirky.

She invited Liz to run on this beach, but the path to it runs through the woods, and, well, there are snakes…

Then there were the “Fellow Travellers” staying at the BnB.   One, Donna,  was an Aussie Park employee who is on unpaid leave for a year.   She told us that any snake we see in Tassie is poisonous,  most deadly-so.  (We have seen several crossing the road,  and a couple that didn’t make it).   She normally lives on a boat (not quirky)  made out of concrete (definitely quirky) in an industrial area of the Hobart Harbour.  When visiting Southport,  she swims in the morning at the beach near the BnB.  That by itelf doesn’t sound quirky,  but the water is pretty cold…

Her mother was also staying,  and she lives in New South Wales.  Or Switzerland.  Still not clear.

And,  we had fellow-guest Cam, who gave us a Sky Tour, which he does professionally throughout Australia .  That sounds downright upstanding compared to the reality…which is far more Quirky.

It seems Cam has been wandering Australia in a small Ute for years, doing ad hoc Astronomy Shows for anyone and everyone who is willing to brave the Mosquitos.  Payment optional, but appreciated.  Kinda like a traveling minstrel show or circus.

He carries a 10” telescope and an encyclopedic knowledge of the southern skies, sets up in a field and educates anyone who shows up for tips or pocket change.   He somehow imagined,  then executed this lifestyle as a “career” that would allow him to travel Australia unfettered.

Liz and I had just been saying how much we needed to step outside for a few minutes to appreciate the dark, southern sky,  when up the drive drove our own astronomer !!!

And our hostess, raising her quirkiness quotient,  turns out to be a bit of an astronomer too! In her case,  an AMATEUR astronomer since she was doing it for fun,  not sustenance.  She had 2 more telescopes…an 8” one and a slightly smaller one with computer-control.   She had heard of Cam,  and offered him lodging and dinner/brekkie in exchange for an astronomy lecture.

And for an hour or two,  we may have had access to the Southern-most active observatory and astronomer on the planet?!

Then there is the three-legged cat,  the Hen-that-turned-into-a-rooster and the Potoroos (miniature, rabbit-sized Kangaroos),  which Donna claims are about,  but we have not seen (either dead or alive).   Not at all clear if  Donna might have been onto the Sasparilla Spirits.

All of this best contemplated (indeed, CELEBRATED) at the self-described “Southern Most Pub in Australia” which is actually slightly north of the BNB.  The Bar Tendress was from Western Australia,  and moved to Southport, Tasmania  (which we thot was the END OF THE WORLD, but must not be in comparison to WA) for “employment opportunities and more to do.”

At this point,  we stop even being amazed at things like this.  Did I mention she had pink hair?  That hardly even seems quirky enough to mention in the context of everything else!

And an Apple (fruit,  not computer) Museum.

There were some other impressive places and things to be seen and done in Tassie.  We drove along the coast and saw MASSIVE Salmon Farm installations.  Floating pens containing the growing fish; special vessels for maintaining and harvesting, etc.  Fascinating combination of Scientific and Industrial Prowess and Ecological sensitivity.

Also a Wooden Boat Centre,  where for $2,000 you can come,  take a class on building a wooden Kayak from master boat builders and,  LEAVE WITH YOUR CLASS PROJECT,  a KAYAK!

It is VERY tempting to come back – the kayaks under construction were absolutely STUNNING. 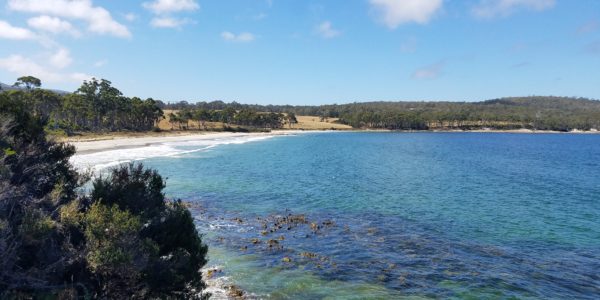 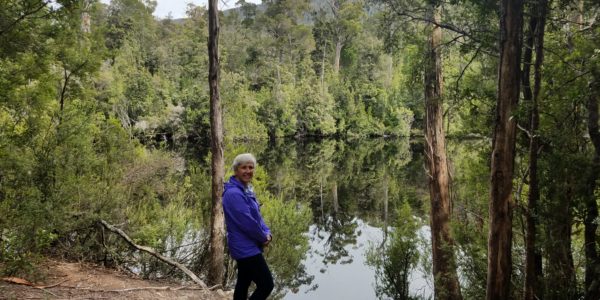 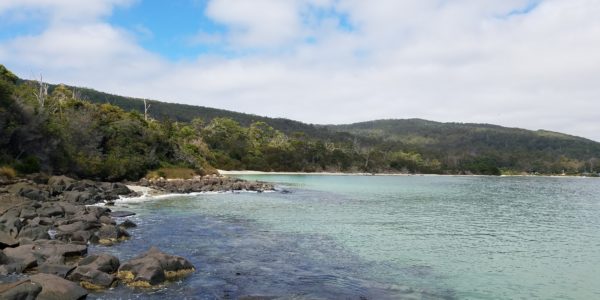 And then, a man-made, super-sized, fully-functional simulated Cow-digestive system,  on display at MONA.

No discussion about Tasmania could be complete without MONA.   ESPECIALLY in a post inspired by quirkiness in all its glory! MONA is the “Museum of Old and New Art.”

Not sure how a cow-stomach is that,  but it is quite “authentic.”  You put in straw/hay/alfalfa at one end (where teeth are represented by an “InSinkerator” kitchen garbage disposer turned on its side and set to inject “masticated” food into the “cow”),  and the digestion mimics the real thing until Cow Poo comes out the other.

Eating and pooping are on a daily schedule…you can (and people do) queue up to watch.

Frankly,  the Cow was one of the LEAST challenging exhibits at MONA. It starts with the ferry that delivers you to the museum…you sit on sheep on the deck.   At every turn there is something that makes one wonder.  Many museums have an exhibit or two that cause a visceral “what the hell…?”   MONA has DOZENS (every exhibit, in fact).

It is not surprising  I guess. It is a private museum, whose founder/benefactor does not have to answer to a board or committee or anyone.   In their online description they say:

Mona: A Museum, or something.  In Tasmania, or somewhere.  Catch the ferry.  Drink Beer.  Eat Cheese.  Talk crap about art.  You’ll Love it.”

We MOST CERTAINLY DID!!

5 thoughts on “Getting our “Quirk” On”

← Seafood, Roadkill and the Brotherhood of Broken Buses ← Should EVERYONE spend their Anniversary in Tasmania?…
Next Up

Should EVERYONE spend their Anniversary in Tasmania?…

[caption id="attachment_4039" align="alignright" width="225"] Minimal Anniversary Gifts[/caption] Our last couple days in Tassie were in Hobart.  One of these was…

Seafood, Roadkill and the Brotherhood of Broken Buses

Our last several days in Tassie included quite a bit more travel.  Not especially far,  because Tassie is not that…