We left Vidalia with the goal to reach St. Augustine in 2-days travel. On the way was a museum we have passed by many times, intending to stop. The Tallahassee Antique Auto Museum has been described to us as “fantastic” and “Eclectic.”

They also allow overnight parking (and even though it was a grassy field, it was hard enuf for us despite BUCKETS of rain), so THIS TIME we decided to stop! What we found was SO MUCH MORE than EITHER Fantastic or Eclectic.

First of all, the “Eclectic” part… Let me describe it like this: How do you tell the socio-economic status of a hoarder? Well… A RICH hoarder starts a museum so his various collections (obsessions) can be maintained as a 501(c)3 charitable (and tax-exempt) entity!

This means the guys walking around keeping tires on all the cars AND the guys polishing the brass parts on all the Outboard MOTORS are all employees of a tax-exempt organization.

And the “Antique Auto Museum” was all that and more – basically, the prototypical rich hoarder’s stash. Here are SOME of the collections we discovered therein:

And, they even had some…

The collection of each of the above is WORLD CLASS, and merits a day to peruse all by itself. Put it all together and the place is more than a little overwhelming – one could get ADHD just wandering thru! It’s a place we intend to revisit every time we are near Tallahassee! 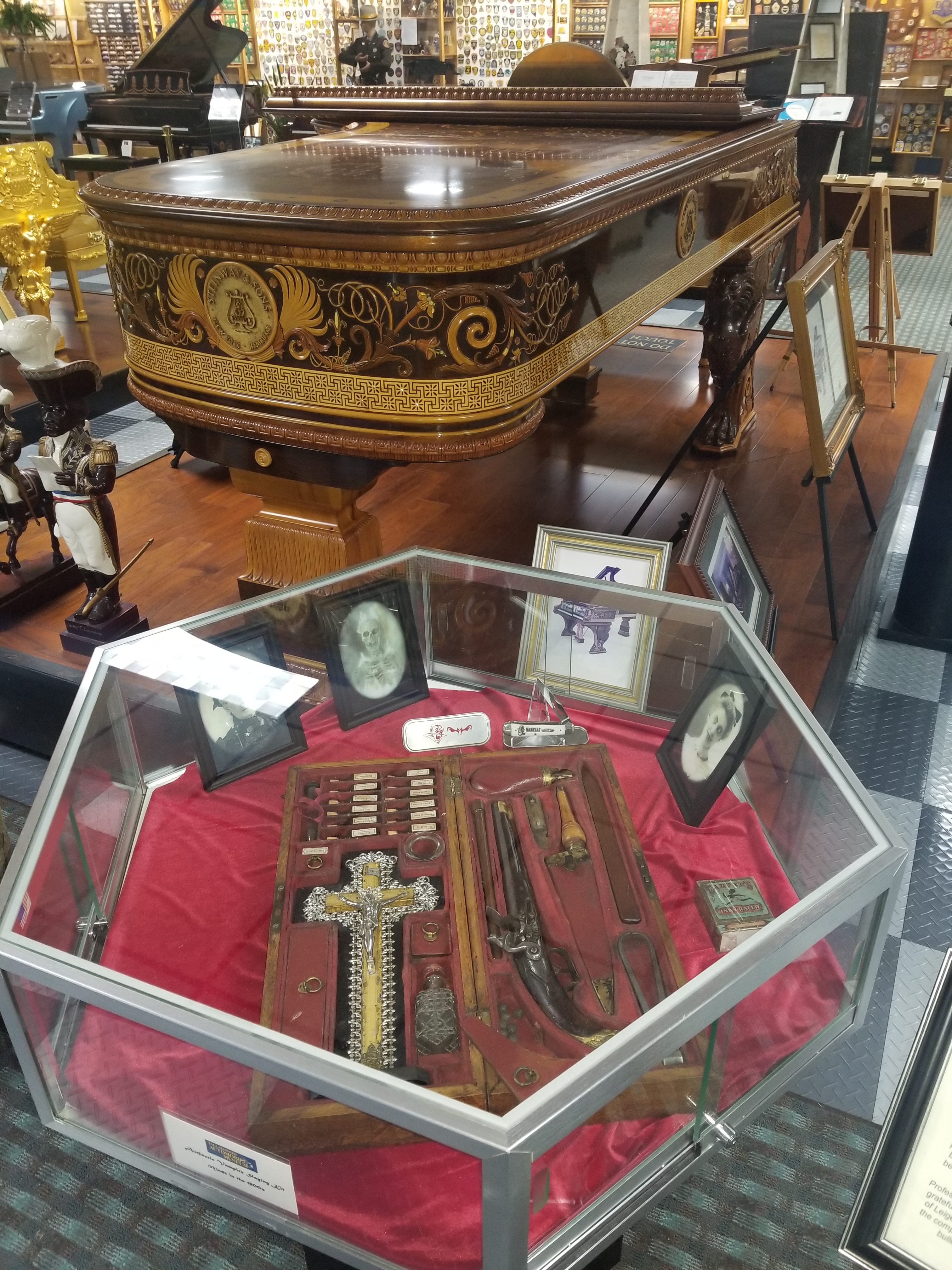 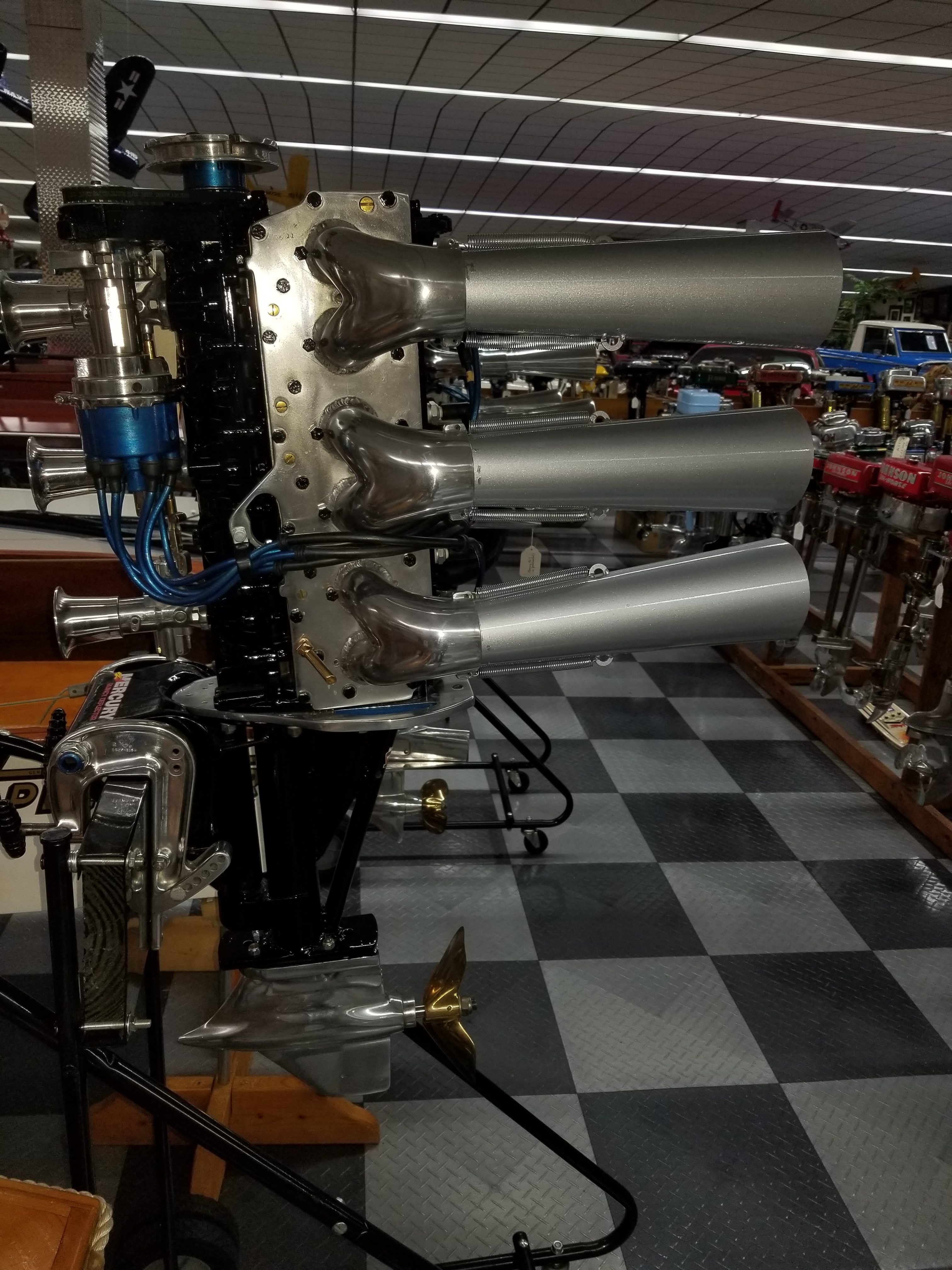 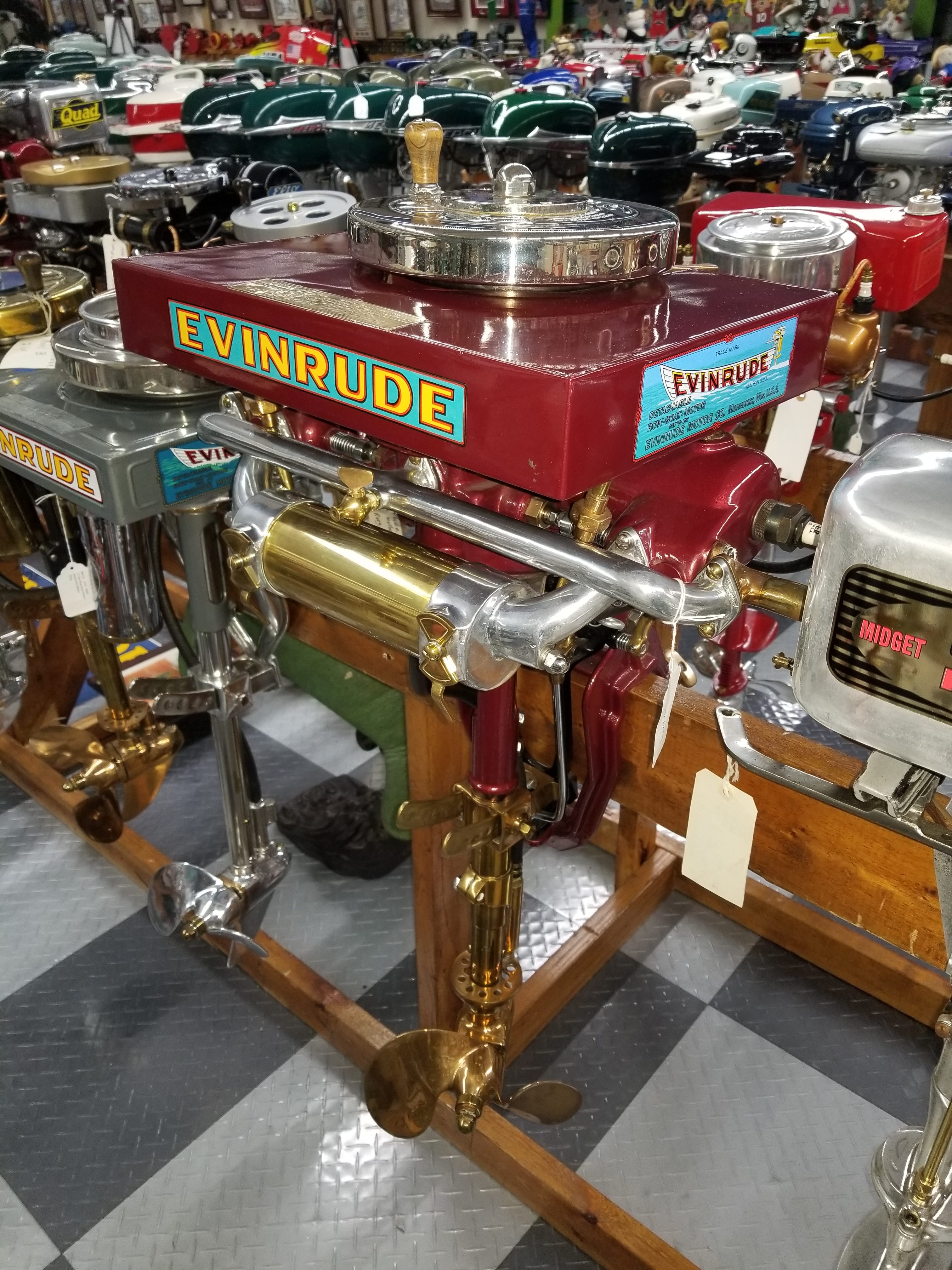 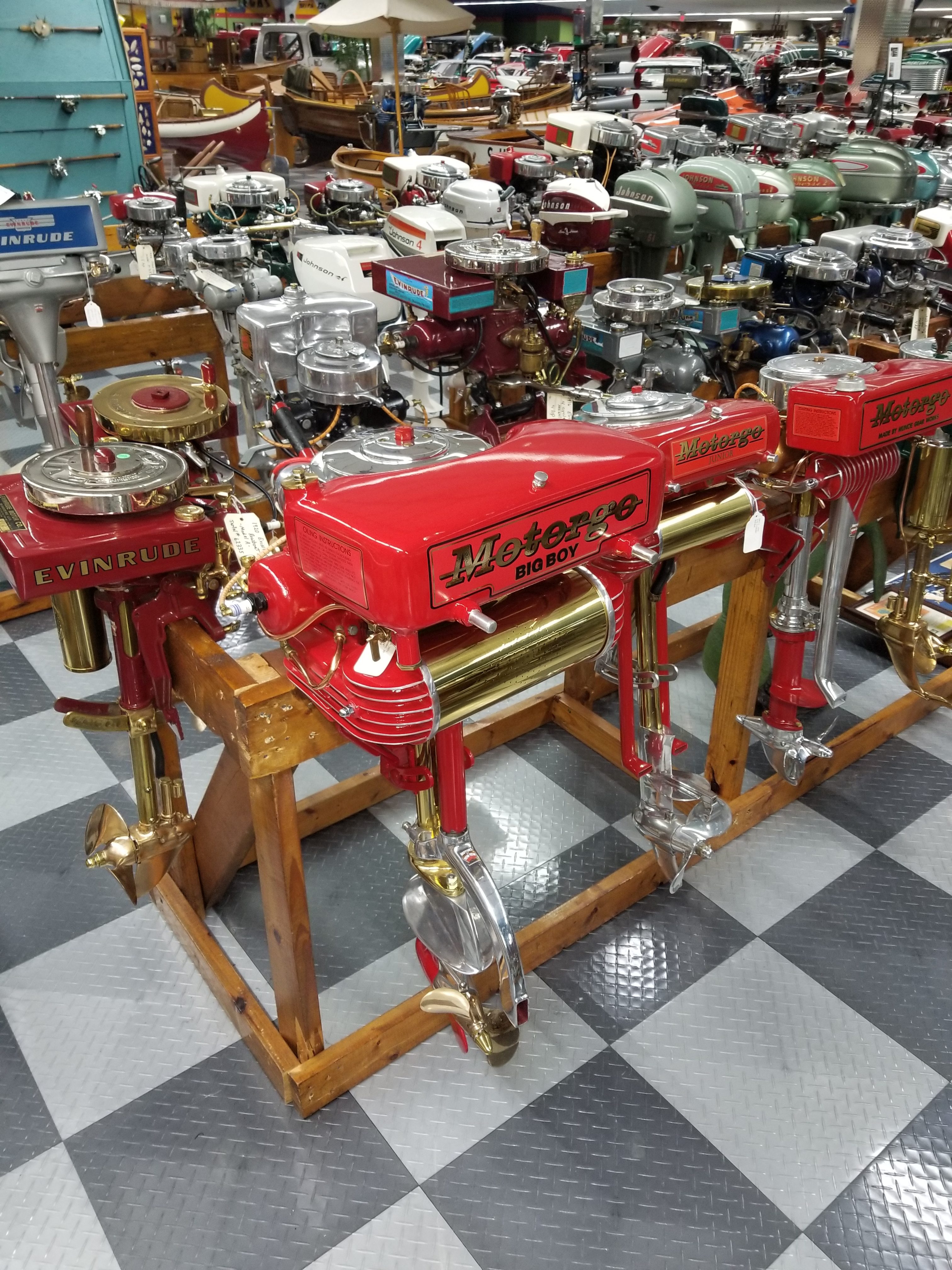 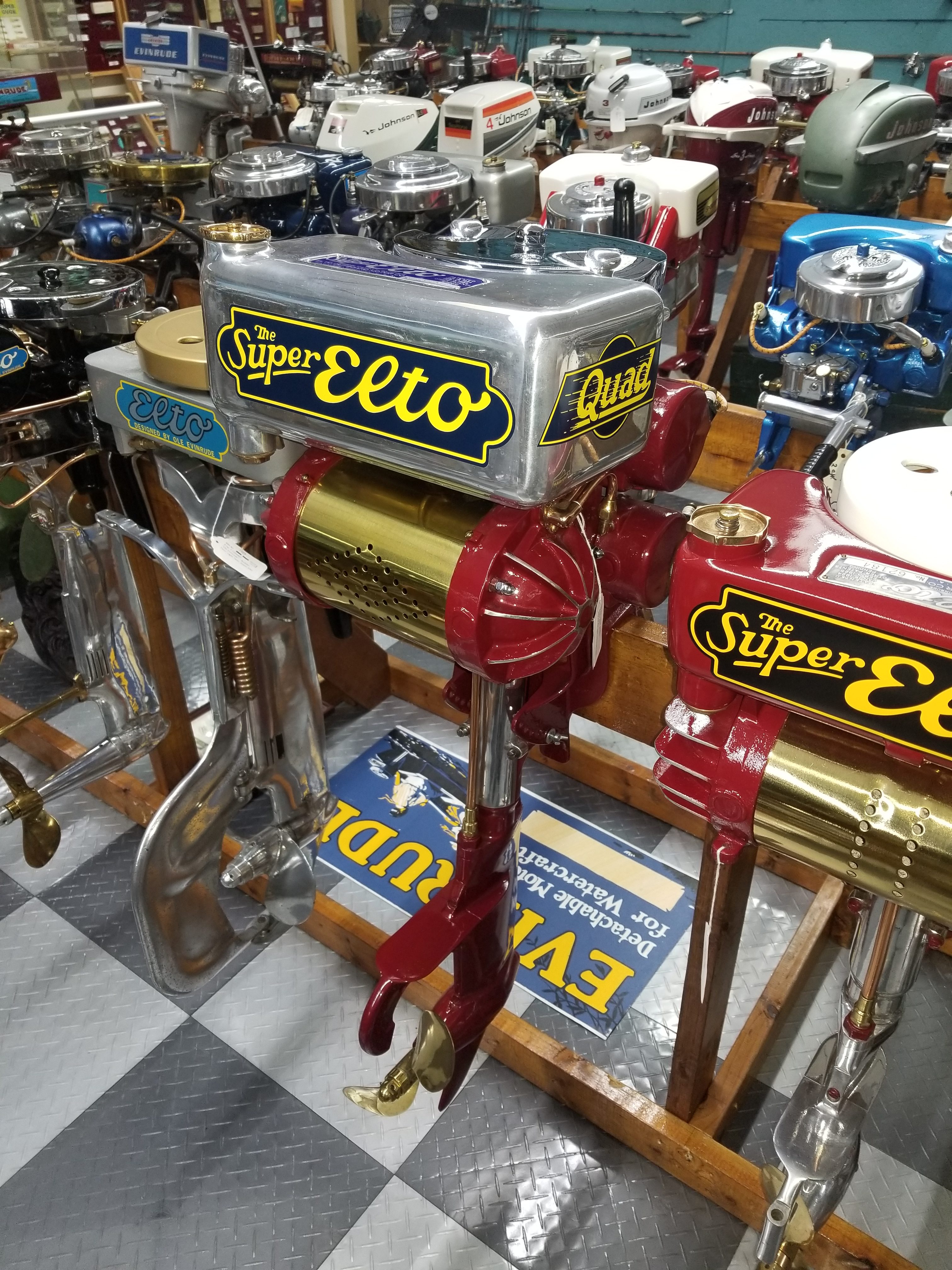 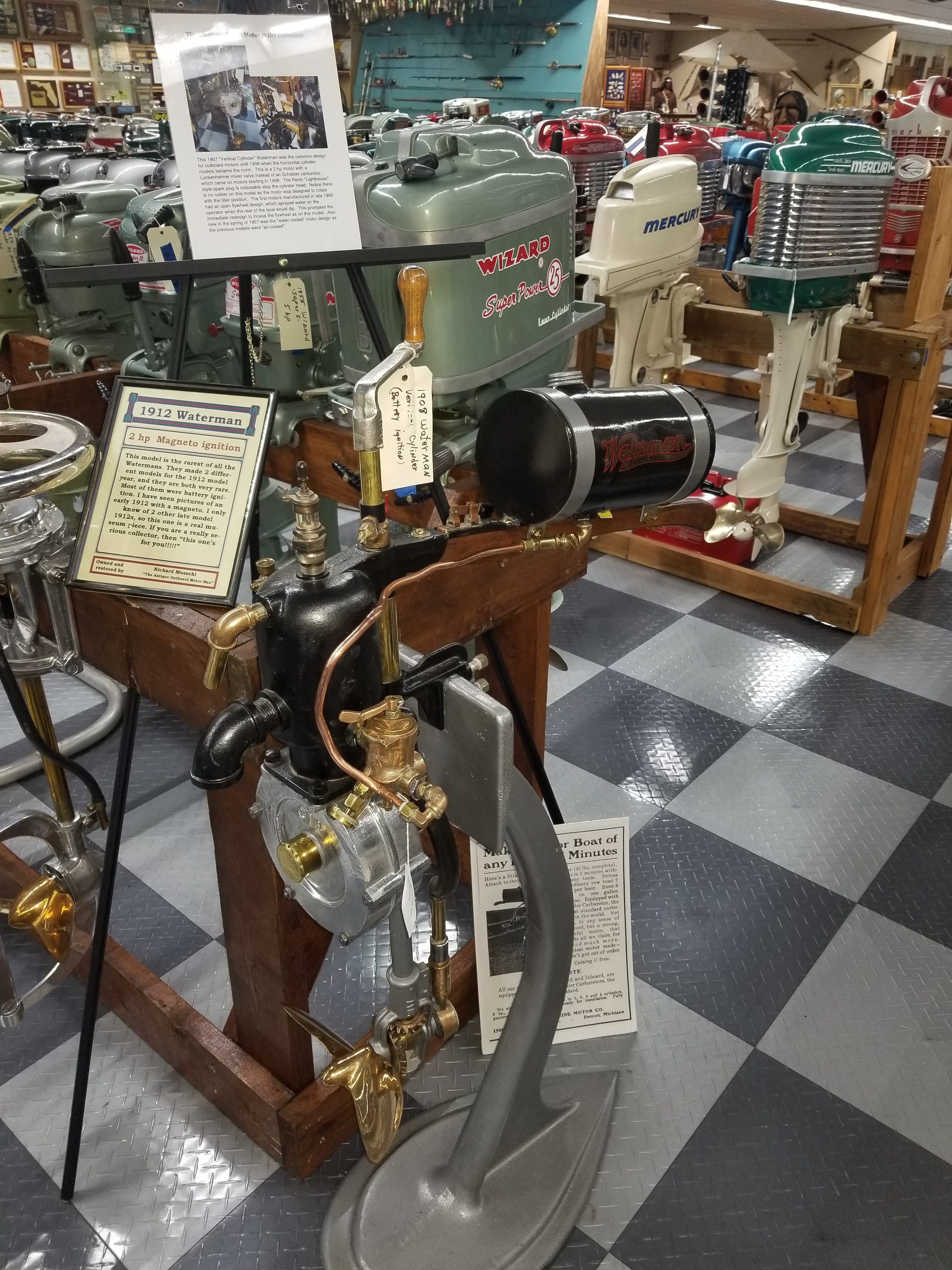 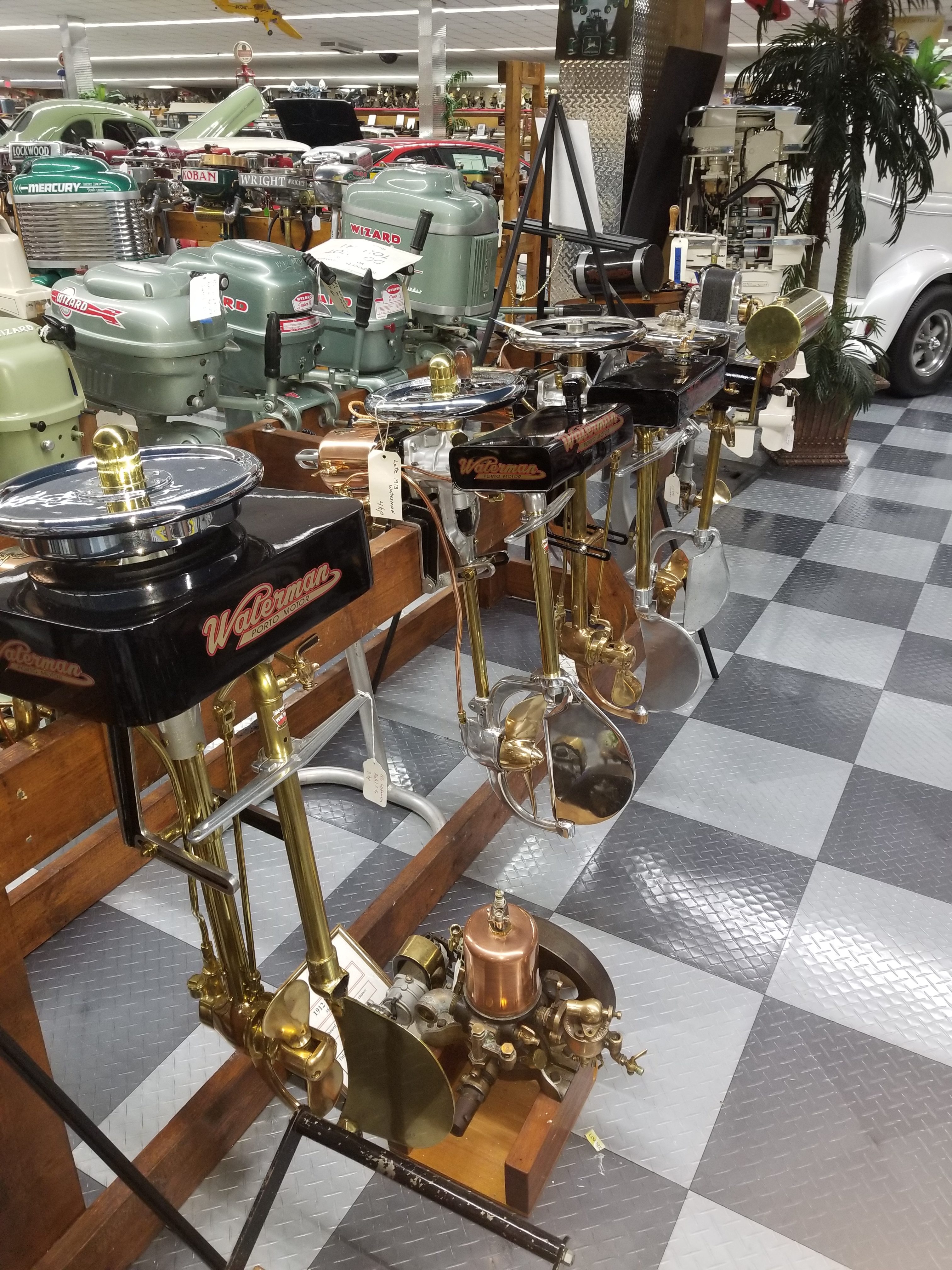 Moving onwards, we made it to the KOA in St. Augustine Beach a couple days ahead of our rendesvous with the Whites. They of our Dance Club Days, cruise every year about this time, and drive home afterwards.

We have met them before and will again.

This year, we chose St. Augustine!

The KOA itself was very nice – in a good location for biking to and through St. Augustine Beach and a short drive to the old city of St. Augustine itself.

The old city is, in fact, one of the oldest in the New World! Not a lot of oldness still – too many hurricanes and tourists. But there is a Fort/Park that was really interesting to tour, and more Ice Cream Places than I have ever seen in one place before.

And we managed to enjoy several meals – both at local restaurants AND at the bus. Including a reprise of the Mickey Mouse Waffles we served the Whites 2 years ago!

Pretty tastey, as the GIF proves…

After leaving the Whites and St. Augustine, we were headed for visits with Canadian Friends Fidele and Blair Davidson, Fellow Travelers Carole and Jack Harriff near Disney  and friends Nancy and Bob Weaver in Lake Wales.

HOWEVER, I discovered that there was a planned SpaceX Rocket Launch at Cape Canaveral. This is something we have never seen before, so this seemed like an opportunity.  I knew there was an RV Resort called “The Great Outdoors” in Titusville, which is just in from the Indian River and the Kennedy Space center. I called; they had no “official” spots, but said they could accommodate us in their overflow lot (for half the normal price). PERFECT!!

The launch was scheduled for almost midnight, so we had lots of time, and were soon beset with fellow Bluebirdbrains who had semi-permanent spots at TGO and had learned via Facebook and the Owners Group Online Forum that we were there. Almost immediately, John and Nancy Wyatt and Bill Pape stopped by to say hello. Shortly thereafter, Randy and Sonia Shrimplin pulled into the same lot. A MINI-RALLY!!! We spent the afternoon getting a tour of TGO driven by John and Nancy. Then dinner at a local (and EXCELLENT) Mexican place. Sometime overnight,  Shawn and Mary Ruth Kravitsky pulled in.

And then we get to the launch itself.

We were advised that you can see it from ANYWHERE within 100 miles or more, but you can also bring a lawn chair and sit on the river directly across from the Kennedy Space Center. We chose to do the latter, because we had subsequently learned that this launch would be followed by a landing of the Stage 1 booster BACK AT CAPE CANAVERAL, not on a barge 100 miles out into the Atlantic. That is a pretty special thing…so we tossed our lawn chairs into Randy’s truck and went on down to the river. GREAT spot.

And about the Launch itself…IN A WORD: Very, very cool!

I guess that is 3 words!

Right on time (has to be for resupply missions…there is no extended launch window for such a mission, I learned, as the rocket has to exactly match the orbit of the International Space Station). I guess we were lucky…this mission was scrubbed 3 times previously!!! Anyway, Spectacularly clear. We sat on the river bank. CAVU. (clear air, visibility unlimited). The landing back on the cape was quite the bonus and most impressive.

Of course, all of this is just seen as incredibly brilliant balls of light and eventually sound. Except the Corona (and NOT the virus…) that occurs when the first and second stages separate, the second burning for orbit and the first burning to return to the pad.

BEAUTIFUL. I took no pictures except the one in my head. If you get a chance to do this, DO IT!!!

We left the next morning, pointed towards meetings with a WHOLE BUNCH of friends from various phases of our lives: Nancy and Bob Weaver, Bluebird friends whose hospitality they have graciously offered before and again; Business Colleagues/ Snowbirds from Ottawa and Trono, (for the rest of us, Toronto!)  enjoying Florida’s climate for the winter; Former clients (I never really considered our clients to be “just” that – they have all been treasured friends over the years and still); and even a family connection. All of this as we bounce to-and-fro around Florida.

3 thoughts on “Down to Earth and out to Space!”

← Bug Smasher of the Year! ← Public Health and Private Fun!
Next Up

After leaving the Space Coast, Our intention was to criss-cross Florida to visit a variety of friends and former-clients... [caption…

Bug Smasher of the Year!

[caption id="attachment_8480" align="alignright" width="300"] All Dressed up for Mardi Gras[/caption] Our next stop, after Hilton Head was the banks of…