So, once we became aware that ONE IKEA had what we needed in stock, we RUSHED (well, as fast as RV WHERE YET can “rush”) to pick up what we needed.

With cabinets now in hand (or on bus), we headed for temporary parking at Liz’s sister’s spot. Next step: Figure out with Bob White, furniture maker extraordinaire and longtime friend,  when to arrive in HIS driveway. We agreed the “start” would be at least a couple days hence, and when the time arrived, we’d move the bus down there.

One of the reasons we parked short of Bob’s Driveway is because we still did not have all the necessary components of the remodel in hand.  The Home Depot Order for Laminate is another story of vendor inadequacy that turned out well in the end. I figure I will tell the story here, as some will chuckle about it. Makes me want to cry when I think how the customer service experience could be universally improved without too much effort… 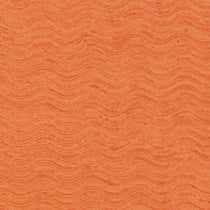 Liz picked out a colour which was, of course, not a stock item anywhere. I fully expected that, since we were after 80’s look and feel. Granite NO. Stainless Steel, HELL NO (even notwithstanding Bob’s refusal to work with the stuff).  Burnt Orange – YES!

You get the idea.

The Laminate she picked (Wilsonart “Tangerine”) comes in 3 thicknesses and in sheets of various sizes, plus edge-banding. ONE thickness and ONE sheet-size are what Home Depot calls “standard” (yet still not stocked, so special order items). THAT size/thickness, of course, was not the one we needed in either dimension. Wilsonart told me I had to order through Home Depot (or Lowes); where the customer service death spiral began.

I called Home Depot, and was transferred to the Kitchen Department. There, Clueless Rep#1 told me if it was not on Home Depot’s Website, it could not be ordered. Which meant,  I suppose that SHE could not figure out how to order it,  and couldn’t be bothered to try.  (I called Wilsonart, and Wilsonart ASSURED ME it could).

Trying again, and despite my very specific order:  3-4×8 sheets and 1 roll of edge band; Clueless Rep#2 told me they could not order ANYTHING unless they could send out a designer to measure the kitchen.  Of course, he did not seem to comprehend that THIS KITCHEN moves from place to place, so exactly WHERE would they send the measurer?  I did not let on that we could have pulled RV WHERE YET into the Home Depot Lot for measurement, because THE KITCHEN DID NOT YET EXIST (at least in measurable form).

Why is it that the “Helpful” Customer Service Rep. is always the THIRD ONE you speak with?

I didn’t even need to call Wilsonart to discuss that obvious bullshit.  Instead, I called the store manager instead, who plugged me in to “Jeff.”  Jeff was FABULOUS to work with. He figured out HOW to order the thickness we needed (3ea 4’x8’ sheets) of 0.039” thickness plus the edge banding. Said it would all be available the week we needed it (I was ahead by 2 weeks in ordering…somehow I had the idea based on our ongoing IKEA experience it would not easy).

Well, still not under control, it turned out. The next morning, I got an email from Home Depot CANCELLING my order. WHAT THE HELL?

I called Jeff. He apologized. He blamed it on “Their Systems.” As a former “Systems Guy” I find that offensive – systems are built by people. If the system is STUPID it’s because the people were, and THAT is the root of the problem! Jeff said, “Don’t worry, the order needed a Store Manager’s approval so it “automatically Cancelled” (and automatically notified me — I bet the IT Guy who designed the system got many kudos for its automatic-ness) I got the approval 5 minutes after we hung up, but that doesn’t get into the system to cancel the cancellation.”

Jeff said, “Please don’t worry…Your product IS on order and WILL be here.”

And, it DID come in, as promised! But even then, not as expected. The order was indicated in TWO BOXES. They could only find one. Edge-banding not found! Unfortunately, they said,  I HAD TO MAKE ANOTHER TRIP TO Home Depot. Except that, when we got back to Bob’s, the edge-banding had been packed inside the rolled-up laminate – so the order was complete!!! AFAIK,  the Home Depot folks are STILL looking for that second box…

P.S.  Jeff called a week later to ask if everything was OK (now THAT is customer service!!).  I told him about the confusion regarding a second box,  so they would NOT continue looking for it.

Now with ALL MATERIALS in hand (or, more correctly, on the bus or in Bob’s Garage), we relocated RV WHERE YET to Bob’s driveway.   We had been there before,  so we knew it would fit,  but the fit is tight,  so that was the first challenge.

For perspective,  I  show here some “Before” Pics.

Project-Step one was to remove the existing Dinette set, then build ONE cabinet to test the fit in the newly vacated kitchen space.

As with EVERYTHING bus related, these projects are never simple. In our case, there are some platforms and a wheel-well that interfere in the kitchen, so the IKEA cabinets cannot be installed on the “floor” as you normally would but instead, they need to be on top of these. That means we were planning to essentially “decapitate” the cabinet bases to make them shorter, and we had a choice: Cut off ONE drawer or TWO?

I Leaned towards the former, but needed to test!

I had built the first three (TEST) IKEA drawers upside down

Test went well, decided on TALL option, but later learned (after cutting down all three cabinets) that I had measured wrong because I had built the first three (TEST) IKEA drawers upside down. Anyone who has assembled IKEA stuff will know how easy that is. But now, we had 3 decapitated cabinets, all the wrong size.

Fortunately, Bob, the resident “Dan-Problem”  Solver (Liz was pretty happy to step out of that role for a week!),  had a solution involving trim strips and carpentry, so we went forward!

Our wives thought WE were the married couple, bickering constantly!

Bob and I quickly learned a few things about each other and about working together. One is that Bob usually has the answer all figured out while I am still surfacing options (and, it seems, measuring incorrectly, usually twice). Which makes him crazy because he has already figured it out! Our wives thought WE were the married couple, bickering constantly! In truth, we were not bickering – just witty reparté, but I can see how it might have SEEMED like bickering!

Fortunately, we quickly arrived at a division of labor and a strategy to stay out of each other’s hair (which neither of us have much of), in order to solve together any problems that arose while ensuring we both survived the week.

The project itself went SUPER WELL. Even with a few blips here and there. Bob is an exquisite carpenter and cabinet maker with all the necessary (and cool) tools.  And a LOT of patience — with wood, laminate and me!   I am very familiar with bus stuff, what would make Liz happy and other critical nuances.  So,  perfect for the Post-COVID world!   Bob did all the furniture work in his shop,  and I did most of the noodling and measuring and installing in the bus.  Neither intruded on the other’s space, generally.

Bob did not completely trust me, though, after I started the project on the wrong foot, so he’d make brief entrance (usually masked)  to the bus to confirm measurements and concepts.

All discussions (and bickering) usually took place in the yard,  and usually with a cocktail in hand making resolution of today’s (and tomorrow’s) problems and bickering easy.  I should mention that Bob and Barb have one of the MOST BEAUTIFUL yards in existence,  so this was quite a Zen-place for said problem-solving and reconciliation.

Liz was smart enuf to STAY AWAY, except a couple days when she magically showed up in time for cocktails.

And we have ended up with a FANTASTIC revision to our living situation.

Lots of storage, MUCH better counter and prep space.

A brighter (yet still retro) finish in the kitchen area…

COULD NOT BE HAPPIER!!!

I even ended up with a new friend…The White’s Dog,  Maxxxx (no,  my keyboard did not stick — there ARE 4 “x” in his name!), seemed to like me.  He’d wait by the door until I came out to pet him.

Clearly,  the Whites paid Maxxxx no attention whatsoever before I arrived and would not after I left, or so thought Maxxxx!  Even if I wasn’t there,  he’d wait and wait.

It has ALWAYS been clear to me that kids and Dogs like me,  adults not so much!

So,  why are there 4 Xes?  Because this “Maxxxx” is the fourth in a long line of White-Maxes.  Easier, as we get older,  to add an “X” than to try and remember a different name!

And, while we were in Bob’s driveway, and between laminating, staining, painting and installing, I was FINALLY able to fix the fresh water tank once and for all. You may recall this had cracked, and I had repaired, apparently temporarily, the resulting leak on at least a couple of occasions (2017, 2019. Well, it cracked again!

The only way to permanently fix this was from the INSIDE of the tank, and the only way to do THAT was to install some portholes. I purchased two marine deck plates, drilled two 6.5” holes in the tank, installed the plates and sealed them. Then, using those access plates, I was able to fashion a repair bracket (out of an old Tupperware Container, actually), which I installed with Aquarium Sealant inside the tank.

I think I can say with certainty, our Hydronics (fresh, grey and black and all the pipes and pumps and drains in between) are now FULLY updated and MAGNIFICENT!!!

Our stay in Chicago, which for me was MOSTLY spent in Bob’s driveway, revolved, as always, around Docs, Dentists and Burritos (maximizing the latter and hopefully minimizing the others).  On the latter, we have had a few in our travels that approach what we get here…some even a close approach, but we still make multiple pilgrimages to the Burrito Place every time we are in town!

We did manage to reconnect with several friends.  Sandy and Howard Sturt had us over for Dinner; Maria Diecidue offered Cocktails in her backyard, and I offered to help Sid Weseman with some home-repairs  — because our normal life does not include enuf home repair,  I guess.

5 thoughts on “An Interior Refresh”

← The Great Circle ← Iowa gets a Bad Rap…
Next Up

Iowa gets a Bad Rap…

For the past couple of weeks, we have been in Iowa. More specifically -- if it matters, because one Corn…

After completion of our Fridge Install in Shipshewanna, and in person (tho still safely distant) cocktails in Southwest Michigan, we…