The weather in Cape May was ABSOLUTELY SPECTACULAR, so we went bike riding for miles every day as a result.   The area around Cape May offered a laid-back atmosphere (which may be because it is definitely OFF season) and variety of expected and unexpected attractions for our entertainment.

There are beaches and boardwalks in both Cape May and Wildwood.  The former is sort of 1800’s-ish with charming old Victorian houses and buildings. 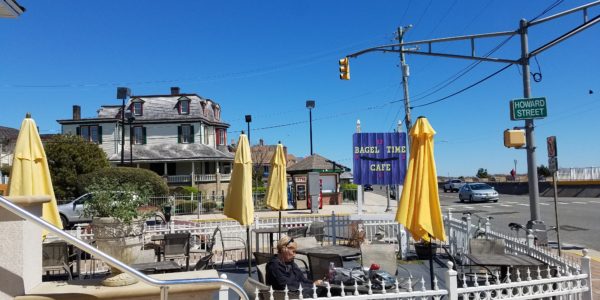 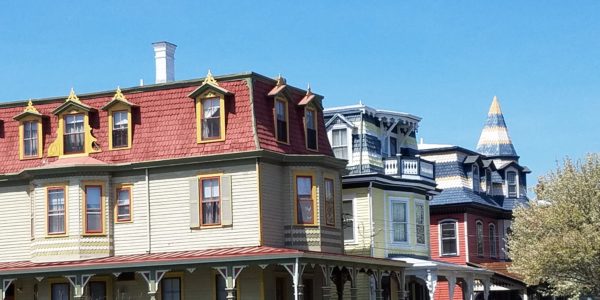 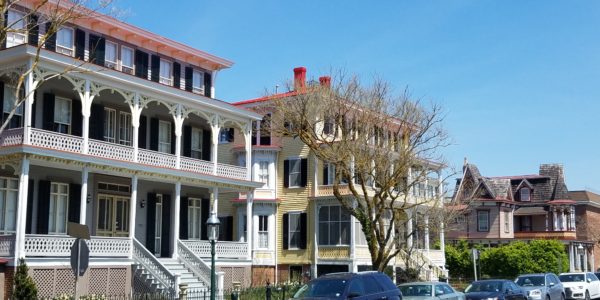 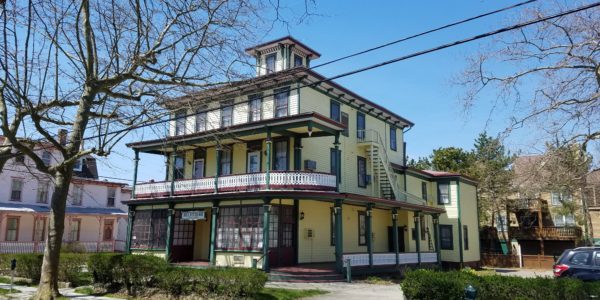 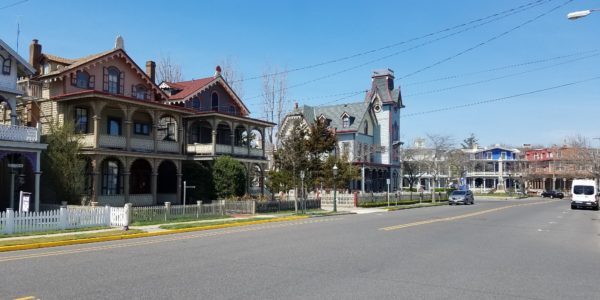 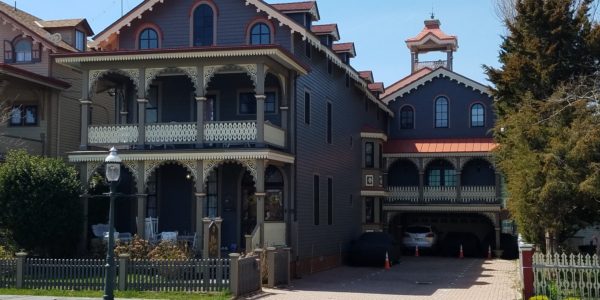 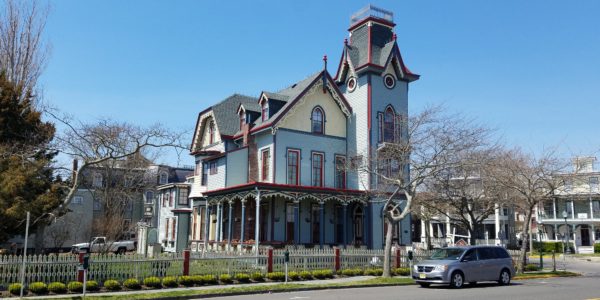 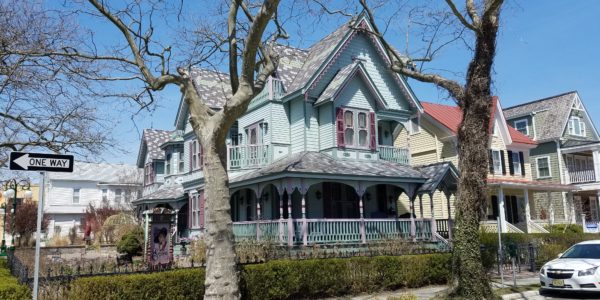 The latter is sort of Jersey-shore/Atlantic City/threadbare/tacky-ish.  3 separate amusement parks, lots of arcades, neon  and food stands.  Almost all closed as the season doesn’t start until May at least.  I am sure this area is not nearly as pleasant in the summer when it is inundated by thousands of tourists,  but it was super-pleasant for us! 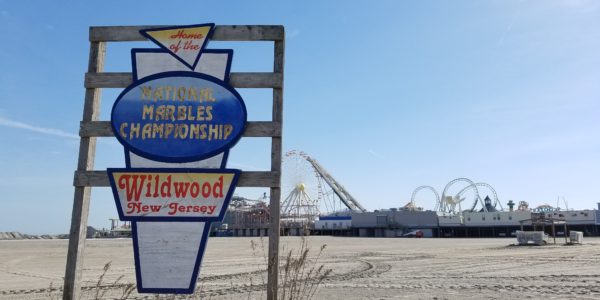 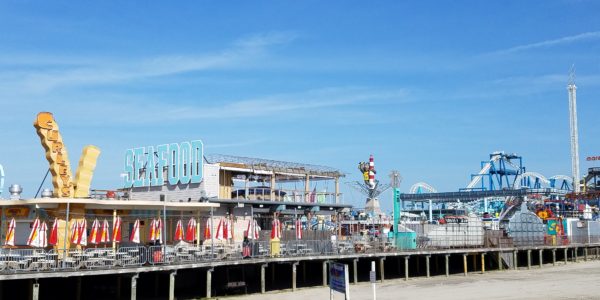 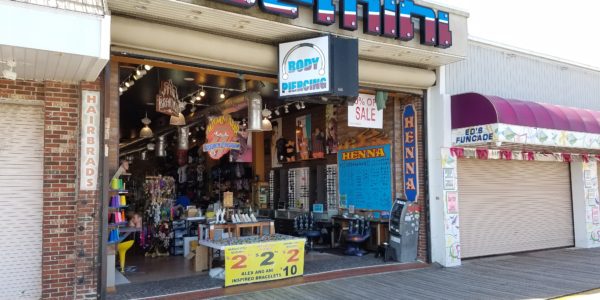 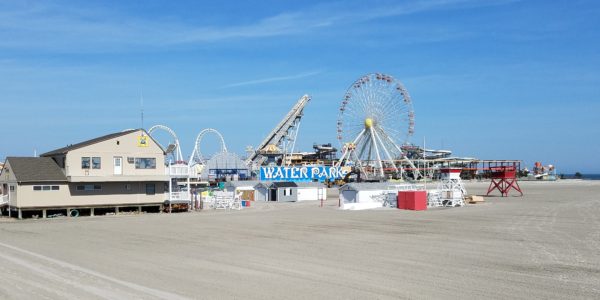 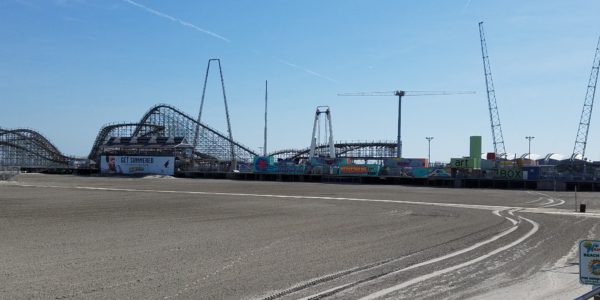 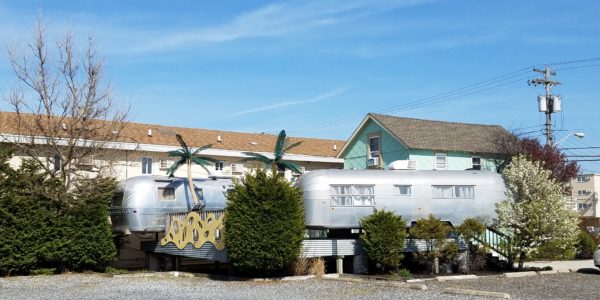 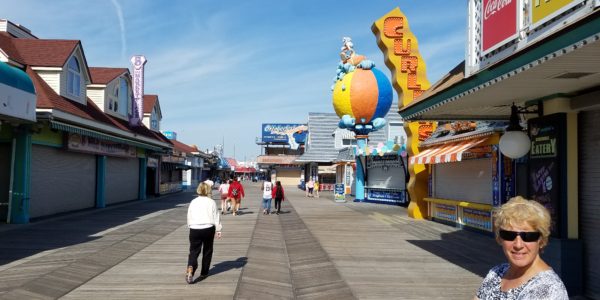 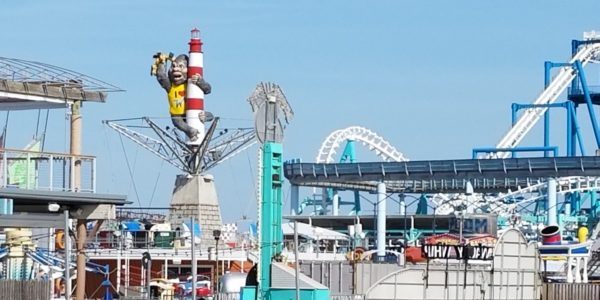 In addition to the beaches,  there is a surprisingly awesome Aviation Museum at the Cape May County Airport (Formerly Wildwood Naval Air Station). And next to the museum is a great little diner.  So we had breakfast and a tour!  The Museum has a really interesting selection of artifacts,  including a MIG-15 that was “captured” when a North Korean pilot defected in it (and claimed a $100,000 reward for doing so).   There was also great geek-stuff…for example a series of aviation engines,  ranging from a Double-Wasp radial engine to a modern Fan-Jet from a Boeing 777.   Lots of different types of aircraft…all up close and touch-able.  Some you can even climb into the cockpit! 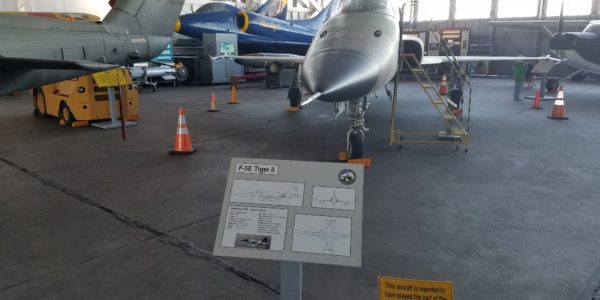 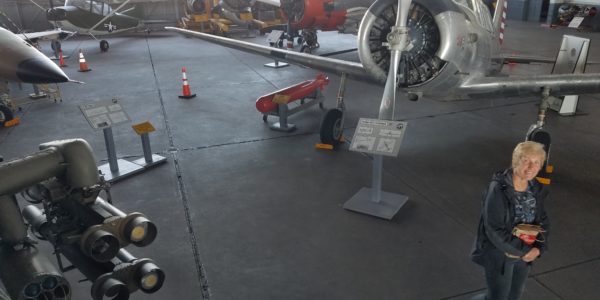 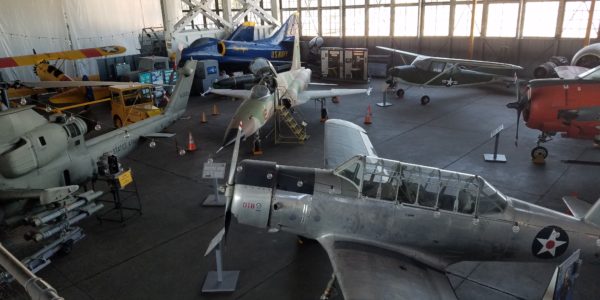 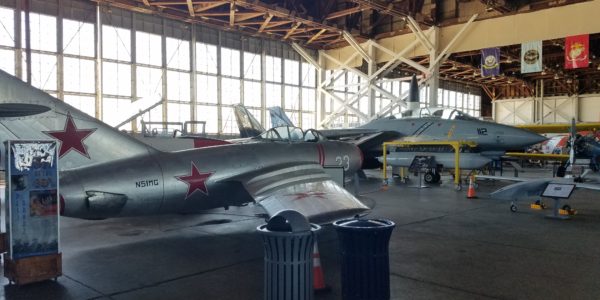 While in the Cape May area,  we found a couple of Breweries and sampled a few.  Well,  OK,  more than a few.  And the local frozen custard (All the DQs were closed still…the season here starts in May.). 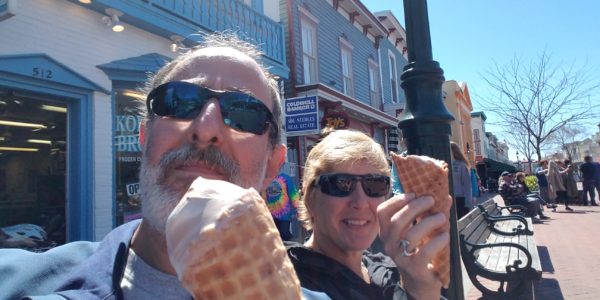 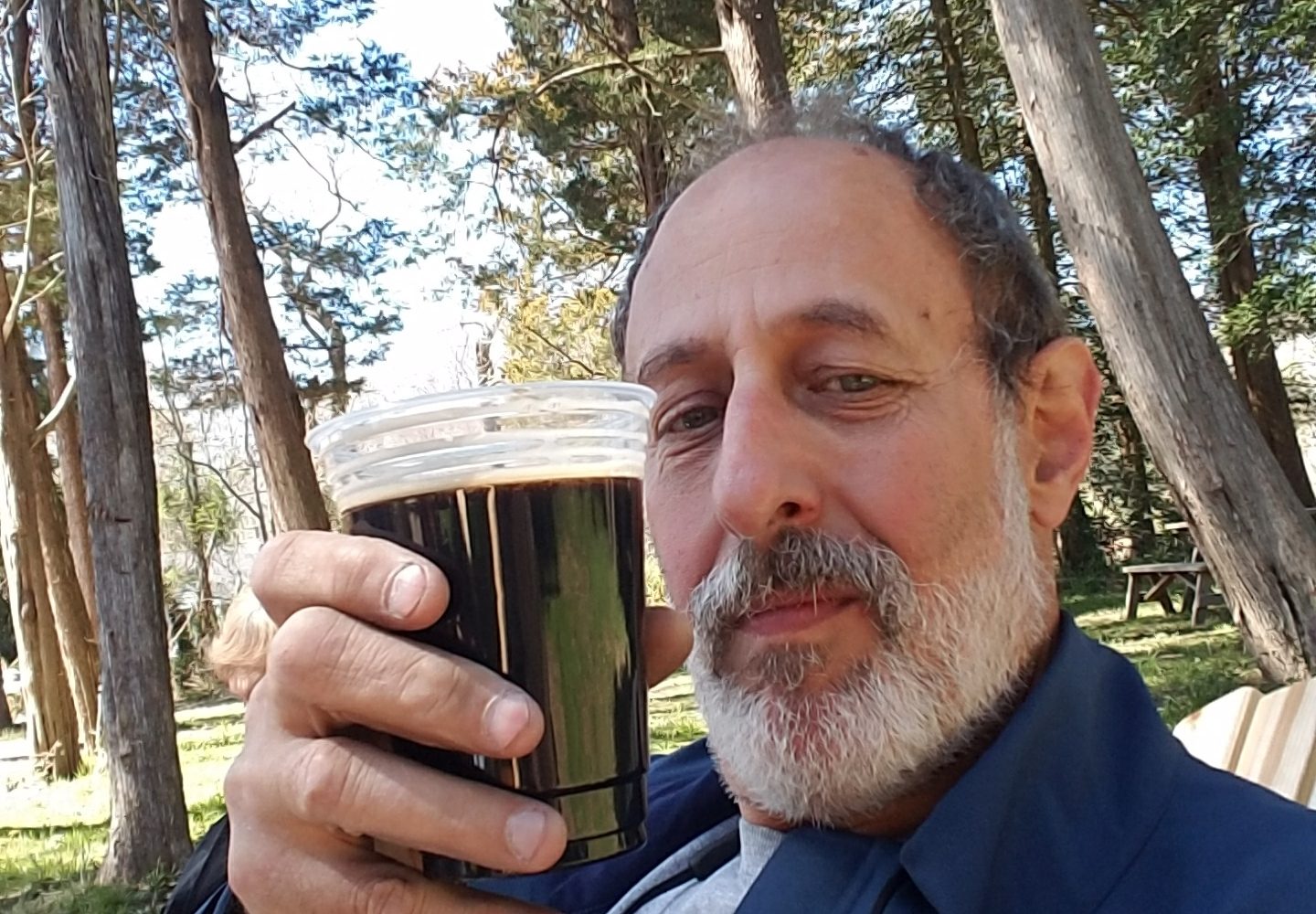 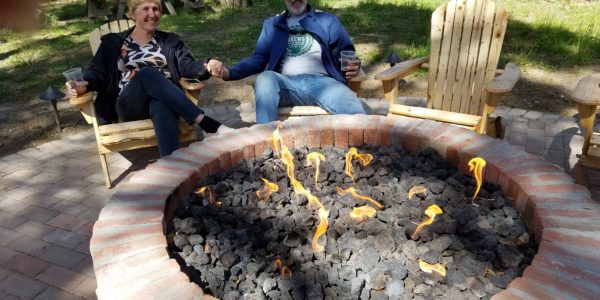 We also stopped at the Moose Lodge,  which turned out to be a nice-walk-after-dinner distance from our camping spot.   There we were not allowed to pay for our beer while we watched the local Dart Tournament one night and horseshoes the next.  I think I am going to have to devote a full post on the subject of Moose Lodges after we gain a little more experience in the matter.

ARE YOU LISTENING, WASHINGTON?

My initial reaction is that people can be cordial and welcoming even when they and we share little common ground politically and socially (and even root for enemy-sports-teams).

The place here in Cape May has some Cottages, Yerts and even a Tiny House that can be rented.  Perhaps we can meet somewhere on the road sometime down the road?  We’ll keep everyone posted on our whereabouts,  and if any place sounds appealing we can see about such a facility.

After Easter at Liz’s sister Anne’s, we are planning to head back towards Chicago via Minneapolis.  In Mpls we are attending a memorial service;  in Chicago we have Dentist and Doctor appointments tee’d up around Memorial day.  Along the way,  we are visiting a couple of Doctors (mechanics) for the bus…which has been generally working VERY smoothly.

First,  we plan to  visiting Leon Herschberger,  the Amish Air Conditioning and Refrigeration guy in Shipshewana, Indiana.   I could not make someone like Leon up…he does not do email,  but he has been allowed a Cellphone,  which is listed on his website.  He is LEGENDARY in the Bluebird community for being excellent, super-fair, inexpensive and oriented to FIX vs. replace.  We have a non-functional A/C,  and we thought it might be good to get it functional before summer.  Gonna see what Leon has to say.

…
the jacks need
help getting up?
NO JOKES PLEASE
ABOUT BLUE PILLS

The other planned bus-stop will be in Moscow, IA.  There,  the company that makes the hydraulic jacks used to level the bus while stopped still is in existence.  If you bring your system to them,  they will overhaul and return it to like-new condition.   Our jacks are functional,  but some of the indicator lites don’t work,  the springs that retract the jacks are sprung so the jacks need help retracting,  one cylinder has a slight crack, etc.  Thought we’d get the system renewed for another 35 years.

Secretary of the Treasure Liz respectfully disagrees with Friend Karl,  who opined that we may have gotten the best of George in our “Deal” for the bus ($1).    Noting that the cost has been well over $1, she is pretty sure George was not the one taken advantage of!   Though even Liz notes that the bus is serving us well!

The rule has not been clearly and unambiguously articulated,  but it is a RULE nonetheless.  Ben Franklin said, “Guests, and…

The Fountain of Youth must be in WashDC

I am writing this in Cape May, NJ.  We are here for a few days R&R after we spent a…