After our great experiences in Central California,  we continued North to Santa Cruz.  There,  our friend Phyllis arranged for us to park in the overflow area of the Pasatiempo Golf Course,  where she lives.   With all the rain they have had here,  “Overflow” is the perfect word!  But at least currently high and dry. During our time in Santa Cruz,  we actually stayed with Phyllis,  not in the bus.    This meant a FULL SIZE Shower.  Real bed.  SUPER WiFi!!!

In exchange for such magnificent accommodations,  Liz insisted I earn our keep.  Therefore,  I helped troubleshoot a phone problem (which turned into a Comcast problem and 2+hours talking to Comcast morons on the phone…how I don’t miss those!).  I also sharpened knives and provided counseling on proper international power adapters.  Liz  offered advice on online banking and Kindle Reader options.  Phyllis’ eyes were starting to glass-over.  Maybe it was the Port, which we purchased while staying at Rio Seco Winery,  that we were all drinking?

During our Santa Cruz visit we did a bit of touring with Phyllis.  This included a Sushi extravaganza (so nice to have NOT deep-fried fresh fish) and a visit to the waterfront area in SC…which had been pretty badly flooded by the recent rains.

On Saturday 28 Jan, we were talking about going to the Monterrey Aquarium.  I mentioned that there had been a story in the News about Chinese New Year Celebrations (noteworthy for the lack of political content)…Phyllis thought there wasn’t much happening on that score in Santa Cruz.  BOY WAS SHE WRONG!  Out of the blue,  a friend with whom Phyllis works texted…Would Phyllis like to visit a mutual friend for THEIR New Year celebration.  Phyllis described her hangers on (that would be us),  but Sister Rosa said she was sure we’d be welcome,  and she confirmed this with friend Ping.  So at noon,  Sister Rosa picked us up. t celebration it was!  All of Ping’s extended family…from her father (95), 2 brothers (one visiting from China), kids,  kids friends, general friends, coworkers…at least 40 people.  Also,  another of Phyllis’ fabulous coworkers:  Marta, from Guadalajara,  of Lebanese derivation.

POLITICS ALERT:  Couldn’t help think about the scope of the melting pot in this place, gathered among the cooking pots to celebrate.

Ping opened her house to us,  and her house opened into a backyard compound that shared a back yard with her son’s house, and a small shed and chicken coop.  In the back yard,  and in both kitchens,  various foods were being prepared.  A HUGE wok in the back yard produced a continuous stream of dumplings of all manner.  Shrimp and “Garlic Chive” (a delicacy that one of Ping’s friends said grows wild all over…Wisconsin) wrapped in sea weed and batter.  Fish and Tree-fungus with celery.  A Casserole with mushrooms, shoots, some sort of moss and Pigs feet – which according to custom brings wealth in the new year.  Special Tea with a lesson on the kinds of tea that will keep us aging gracefully.  All the while, great conversation with all of the collected friends and family. 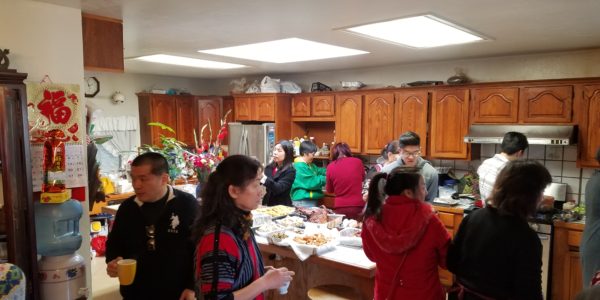 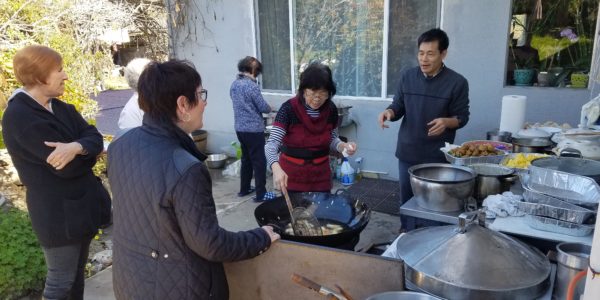 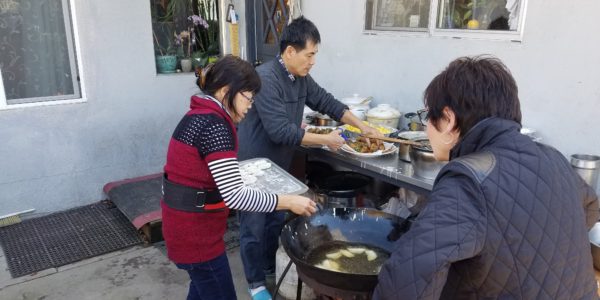 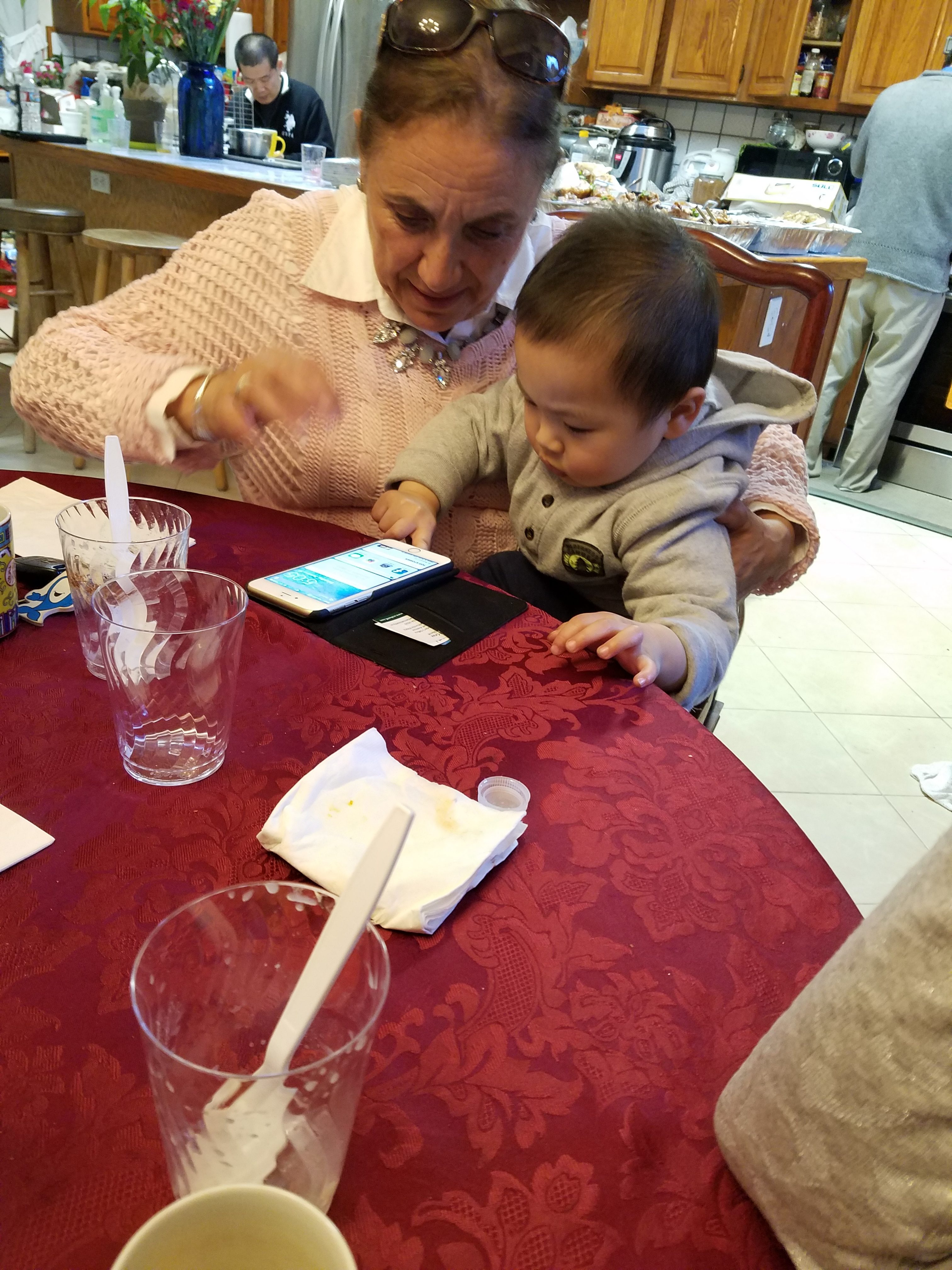 This was a continuous feast beginning at noon.  We left about 6:00. According to Ping,  another wave was expected and the cooking continued  – Several people cooking at once and Ping, who formerly had a restaurant, now managing all of the culinary and conversational aspects like a conductor.

After a few days in Santa Cruz,  we are headed next to Half Moon Bay,  a little further up the coast towards San Francisco.  We have booked a spot in a state park for a few days.  Not much planned,  other than catching a Hawks game in nearby San Jose.

← Heading North(ish) ← Half Moon Bay
Next Up

Weather still sucks as we left Palm Desert,  but begins to improve as we get a little north of Los…