Our busy (?) rally schedule has started. The first one was on Cape Cod, where there was a gathering of Vintage Bluebirds – a club for Bluebird Wanderlodge RVs that are older than 10 years. Which is basically ANY Bluebird Wanderlodge, since they haven’t built one since 2008.

This rally was organized by a fellow Bluebirders, Debi and Alan Darson, who live on the Cape when not in their bus, which is now most of the time the temperature on the Cape is below 70F, according to Alan.

They tee’d up some FANTASTIC activities which were made even more special by the magnificent scenery all around us. We had a tour of the highlights of the cape from the perspective of a friend of Alan’s — a retired surveyor who told us stories about building and places that aren’t in the brochures. For example the Light House that his firm was involved in moving, as the seashore erodes away.

Other Rally excursions and events included a visit to the National Seashore Visitor Center, a wander around Provincetown, a day on Nantucket, a Dune Buggy Ride, a “Lobster Roll” cruise and a “Clam Bake” which somehow included a lobster AND Clams AND Mussels. YUM; and FUN, despite the POURING RAIN.

There was a tent, and so we were mostly dry… I have been asked by many to indicate where among the many places that claim it is the Lobster THE BEST. We have been hearing such claims since Shediac, NB, thru PEI, Cape Bretton, Newfoundland, Maine and of course Massachussets. Not wanting to offend anyone (we are, after all, an honourary Canadians and fully-screeched Newfies),  I will say only that I am pretty sure I have had enuf lobster to hold me for awhile!

Along the way we found time to enjoy some more “Happy Accidents.” For example, there was the visit to the Cape Cod Potato Chip Factory (which was simply on the way to or from someplace more planned). Then there was the “Grape Stomp” event at the Truro Winery – complete with Live music. And, how about another “Rich Guy Museum?” A place created by a wealthy Industrialist and stocked with all the weirdness he/she could afford (which because he was a rich guy, is a LOT!). In this case, the Eli Lilly estate, complete with Indy Cars (Dozens of them), Hydrangeas of all shapes and sizes and colours, circus carousels and more! 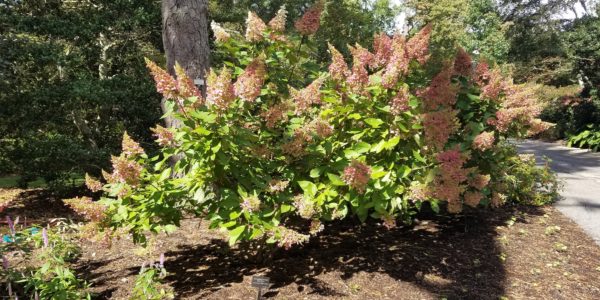 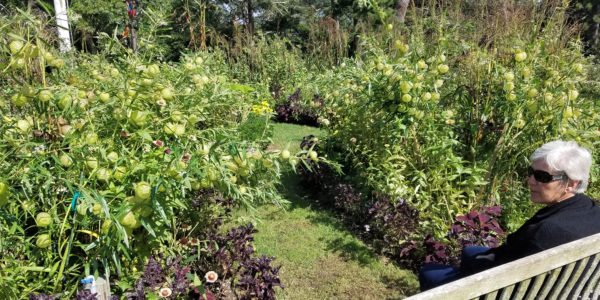 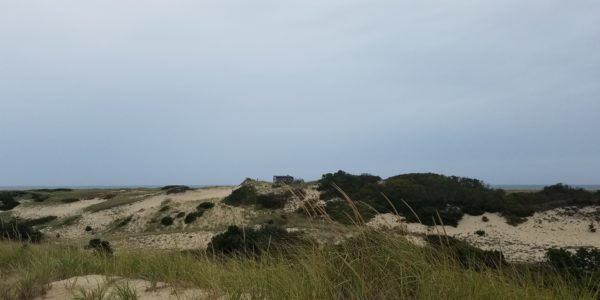 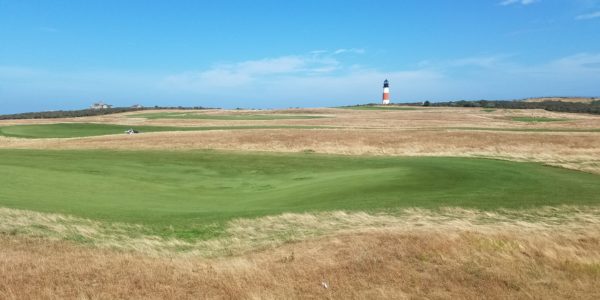 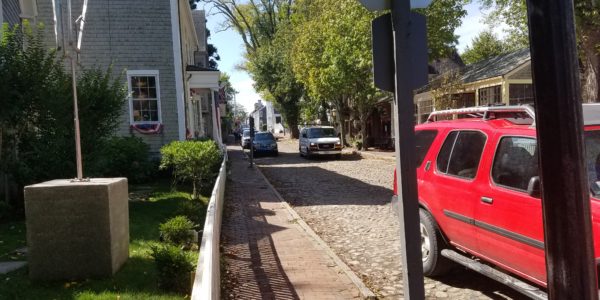 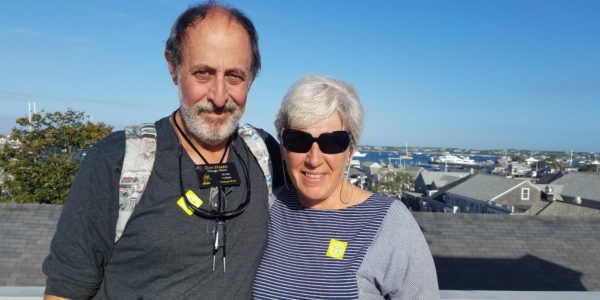 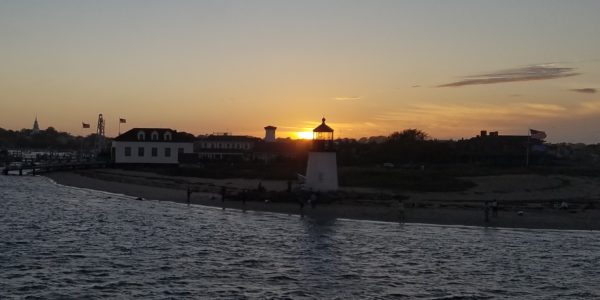 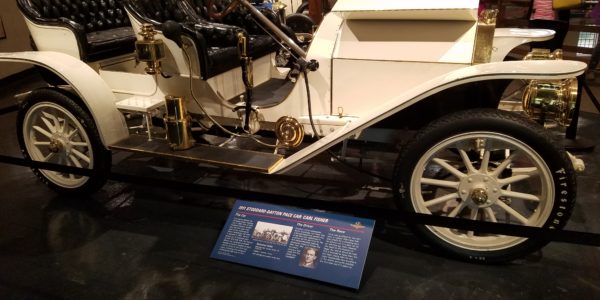 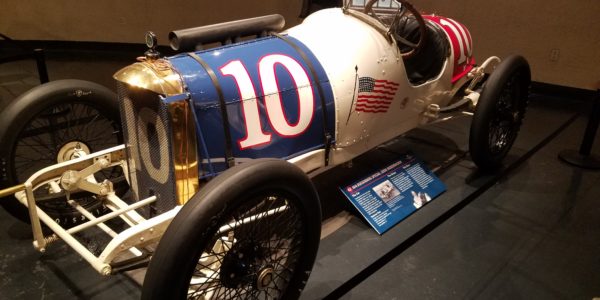 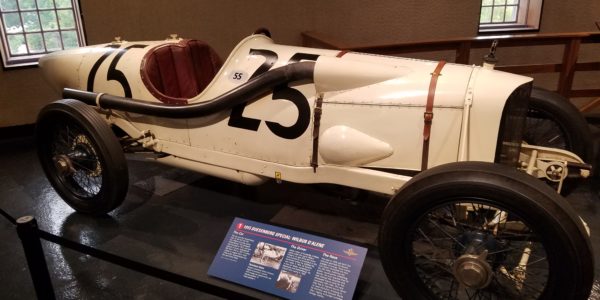 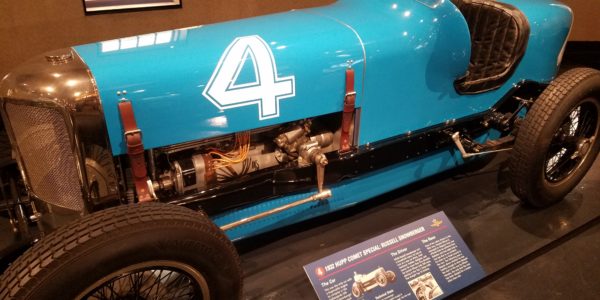 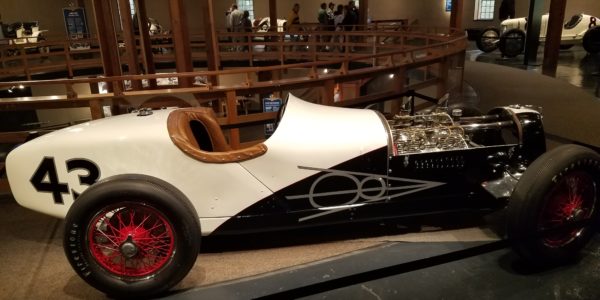 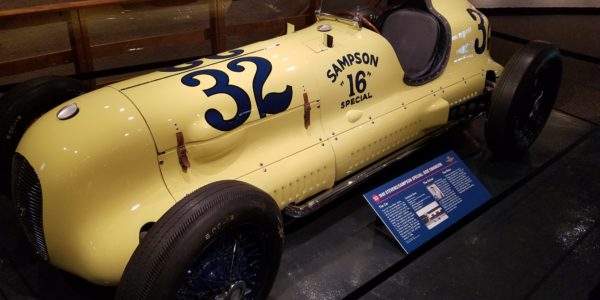 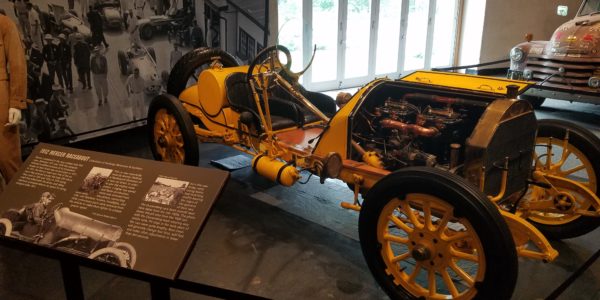 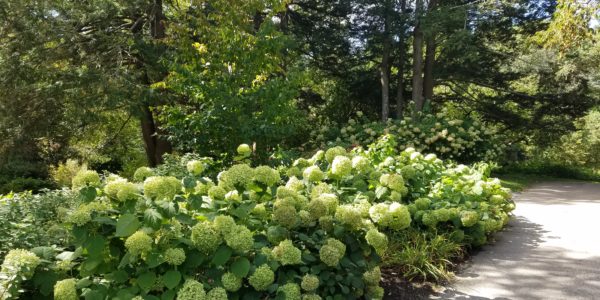 At this rally, we met a bunch of new best friends who we will likely see over and over again as we wander. Like the neighbors you enjoy “Stoop Sitting” with at your “fixed” domicile, these folks all have stories to tell about their working lives, their travelling adventures, hobbies, interests and yes, their bus maintenance. For us, our most memorable travelling adventures have always been 25% about the place and 75% about the people. At a rally, the ratio may be even higher!

Not meaning to single any of our new friends out (there are many), we spent several evenings at the campfire of Kathy and Steve Enfinger. They’ve retired from a Seed-Cleaning business. Now, I had no idea such a business existed, and learning about it was quite fascinating.

They are travelling in a “Foretravel” which is NOT a Bluebird. They used to have a Bluebird, but sold it and acquired a really cool coach with funky lines and fantastic furnishings. We call such conveyances “S.O.B.s” which means “Some Other Bus” and does NOT refer to the character of the travellers. Anyway, their SOB is called “Casper,” because it is glow-in-the-dark white. Apparently, it had some decals on the sides that were in poor condition, so Steve had them removed and had the sides buffed until the coach was so bright it can be seen from space.

Now, you might ask, why were the Enfingers attending the Vintage “BIRDS” rally? I asked Steve. He said that he TRIED to leave the group after they sold their bird. He was told he absolutely did NOT have to resign – would not be ALLOWED to resign, in fact. Cynically one could assume that the group needed his annual dues. That assumption would be wrong…the group is about FRIENDS as much as BIRDS. And the reality is, they are not making Birds anymore, so for reasons beyond a member’s control, any of us may some day find themselves in SOB, but not an S.O.B and not without friends! And, annual dues are $15, so the Enfingers’ plus or minus wasn’t going to make or break Vintage Birds!

Fantastically, the Bird-less Enfingers are travelling to almost all the same rallys as we are this fall! So we shall be able to share there campfire for many days and miles and smiles – Steve has quite a collection of jokes and stories to tell.

Our rally-hopping has only begun, but we are very happy!

Not the BEST way to start the day…

Leaving Cape Cod for point south and our next rally turned into quite an adventure. Our next Rally was at…

[caption id="attachment_5626" align="alignright" width="300"] Hingham Yacht Club[/caption] Once we arrived at Wompatuk, we connected with the MacQuarries. I have…