…Waiting to hear about our border crossing. Were there rubber hoses? What happened to the Farm-brew…and what about the SINGLE MALT? Were they arrested and sent to the Canadian equivalent of Guantanamo (though I doubt there is a Canadian version of Guantanamo)?  Inquiring minds want to know!!

Well, I am happy to report that the border crossing was a COMPLETE NON-EVENT, and the liquor survived! The border agent DID ask to see the registration for our two vehicles. DID ask what our itinerary might be. DID ask how much liquor we had on board (I had a list prepared). DID ask if we had any firearms or weapons of any kind (we do not). The end result was after this bit of questioning (less than 5 minutes, never coming aboard or inspecting anything), he said to have a great trip and invited us to proceed.

I think it came down to a couple factors:

However this came to pass, the good news is that our visits with many Canadian friends over the next few weeks will include appreciative quantities of Fresh-made American Craft Beer and will NOT include any requests for Bail. At least not from crossing the border or any behavior to date north of the border. 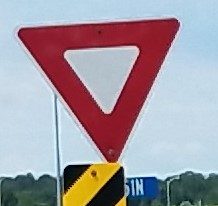 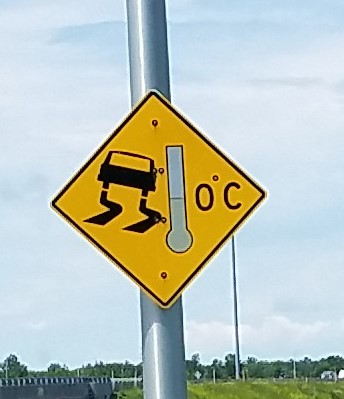 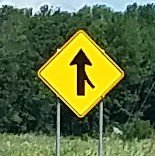 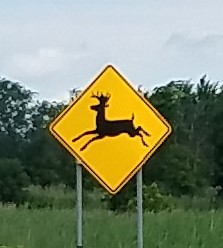 After the anticlimactic border crossing, we navigated to a very nice RV Camp west of Montreal. The route was not very direct because there are rivers to deal with, and bridges not always in the right spots. This necessitated driving through the outskirts of the city itself. En-route we needed to deal with road signs in French and our poor GPS trying to pronounce roads and exits in a suitable accent. YIKES. AND potholes that would make Chicago Roads proud. I guess winter is hard on roads everywhere.

The RV Camp is just north of the Ottawa River on a sort of man-made basin. There are great bike trails. And an Abbey nearby where the Monks make delicious cheese. During our stay we invited several friends over to “our place” for BBQ, adult beverages and catch-up conversation. We shared Beer, Wine, mosquitos and black flies. We did some biking in the Oka National Park that abuts the RV Camp. We visited the Abbey and bought some cheese.

We swam in the basin. We met some really nice people at the park who spoke enough English for us to know this (we have no French skills at all).

We did NOT go to the adjacent Water Park (Super-Aqua Park – think Wisconsin Dells in French — which sounds NOT fun). A nice, relaxing few days for sure.

The park had reasonable WiFi, which I used to follow up on some of the fascinating sessions we attended at Chautauqua. No, I was not researching ways and places to exercise our civil discourse muscles and/or work to improve the world. I was researching, though…DRONES.

The NatGeo Tech guy had a LOT of pictures, examples, suggestions and really made me want to get involved in this tech. And Amazon is having a “Prime Day” with huge discounts on things. Only two questions remain (over and above the million questions about the perfect drone configuration):

My Speaker’s Bio sez about me: “… has the Credit Card Bills to prove no gadget is too weird to buy…”

On the latter, we agreed (well, Liz insisted and I was forced to agree) that I should NOT buy the primo, 4K-HD-Video-night-vision-flies-for-miles-automated-return-fancy-Drone discussed by NatGeo. No, if I am inevitably going to crash it into a lake in Northern Ontario, best to learn on a simple (i.e. disposable) one. One that was heavily discounted and could be delivered to the Conference Hotel while we were stationary there. DONE.

Then we moved downtown to the conference hotel (part of the “payment” for my presentation…for which no actual cash changed hands). The RV will remain at the park, with the remaining Farm Brew. I have been assured that the hotel has ample.

Our plans include several days of full-sized-and-flow showers, toilets without a pedal, maid service and a minibar. Even though we have a “mini”bar in the bus…compassionately still stocked courtesy of the RCMP, I am certain Montreal has MAXIBARS, and we have friends in town to enjoy them with. Hopefully some of them speak French…

← Onwards and Northwards to Montreal ← Back to the Future…
Next Up

Back to the Future...

Onwards and Northwards to Montreal

We left Chautauqua in the direction of Montreal. The first thing that strikes us…CANADA IS A BIG PLACE. Of course,…