From Niagara,  we move on…heading towards Shipshewana Indiana and an appointment with our favorite Amish Air RV Air Conditioner Specialist.  Actually,  probably the ONLY Amish Air Conditioner guy.  Trying not to drive too many hours each day, we saw a potential stopping point:  Erie, PA.

Arriving in Erie,  we found a campground (Sarah’s Campground, to be exact) on Pesque Island.  A VERY nice place, actually.  Right on the Lake Erie beach.  Ice Cream place next door.  Nice Bike Paths.  The neighboring amusement park – complete with several roller coasters, not yet open (I can imagine it might not be so nice if the park was in operation).  Sarah, we found out, was an Irish immigrant who bought up a variety of lots and parcels…ultimately culminating in an RV Park and some high-end condos on the Lake Erie Beach.  REALLY nice location for a couple of down-days. 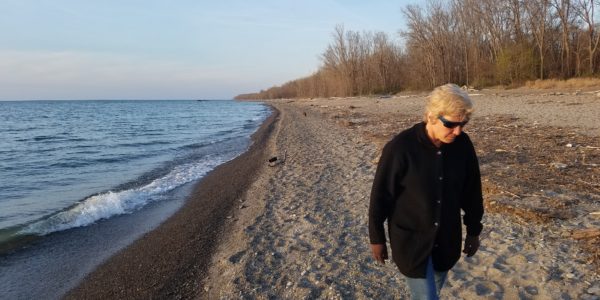 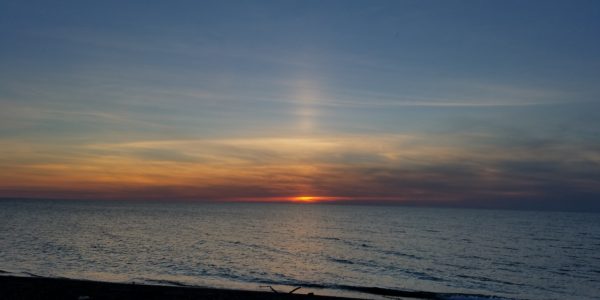 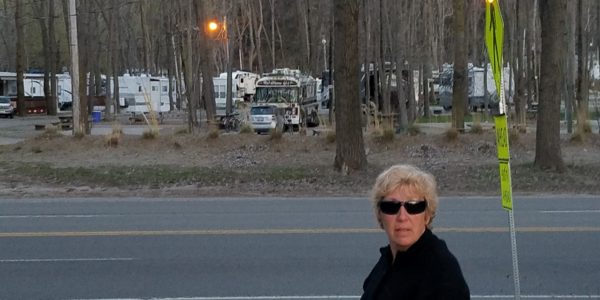 Sitting at Sarah’s, and it was pretty rainy.  So there we were…idle minds….devil’s workshop etc. etc.   And guess what:  Cubs playing Pirates less than 100 miles away in Pittsburgh!!!

Weather forecast to be 80 degrees and sunny mid-week. Mike and Fran McDowell available, also Bruce Lane…who already had tickets to the Wednesday game!!!  SO,  we found a very nice RV Park on the top of  a hill about 20 minutes from PNC Park and we moved there.  Nice Thunderstorm,  and Rainbow perfectly positioned to indicate the pot-o’-gold is…in the Clown Car!!!

We bought some tickets, drove down mid-afternoon and staked out a place at a restaurant at the ballpark – right on the sidewalk.  Mike and Fran and Bruce filled out the table and we all filled our stomachs.  Then we went up to the Pittsburgh Baseball Club,  where our tickets were positioned.  WHAT AN AWESOME STADIUM VENUE.  Game result not quite as awesome – 6-5 Pirates, But that’s ok…hate to see a grown man (which Mike ostensibly is…) cry. And the Cubs had won the first 2 games of the series.

Leaving our detour-stop, we now need 2 days to get to Shipshewana.  Stop 1 is near Akron and another gem of an RV park.  More rain.  LOTS of rain.  But some odds and ends to take care of online.

← Niagara, Erie and Akron ← Shipshewana Indiana…Lovely and Surprising
Next Up

Our next stop was to see Leon, the Amish A/C guy.  Leon was absolutely all that his reputation lead us…