As we worked our way south, we headed over to the Oregon coast. First stop: Florence, Oregon. Our expectation was to spend a couple of days there…a few quaint shops, some good restaurants and Dunes along the ocean for walking.

The universe had a different plan for us. Almost from the moment we checked in, it began raining. At first, interspersed with moments of bright sun. Moments just long enough to get us started on a walk, at which point the rain would start again. No worries, we were staying in the marina, which had an RV area and was steps from the boardwalk and downtown, So we just confined our walks to short hops around the town.

But, beginning the second day, HEAVY RAIN, and HEAVIER WIND. The latter up to 60+mph at times. We planned to leave to head southward, but decided that the combination of the wind and the rain would make that drive quite unpleasant at least, if not dangerous. I think I would have pressed on if it was ONLY raining, or ONLY windy. But put the two together and the fact that we still had over a week to make it to the bay area, which would be two days driving if pressed, screamed STOP. The RV park was not full, and not expensive, so we extended for a couple of additional days.

The folks who run the RV Park at the Marina said the rain WILL let up…in MARCH!!!

As our path south was for the moment weather-inhibited, suggestions were made by several of our west-coast friends. All of these involved crossing the Cascades east-bound to the center of Oregon and then proceeding south on I5. The same weather that was producing rain and wind on the coast was much milder inland. HOWEVER, it was also producing A LOT OF SNOW and blizzard conditions in some of the passes we would have to traverse on the way south. We made the call: stay put in Florence until the weather abates, then stay on Highway 101, which is tempered by proximity to the coast all the way south.

We do NOT want to encounter ANY snow in the bus.

During our stay in Florence, we had the time to take care of some online and family business. All the while the bus was rocking in the wind – so much so I considered taking Dramamine!! Seriously…and we weigh 30,000 lbs! Glad we did not try to stay on the road in such conditions.

After one day of torrential wind and rain, the weather improved. Well, only in Oregon would 30mph winds, fog and drizzle represent an IMPROVEMENT. But it was improvement enough for us to move on, so we did.

We drove about 4 hours South to Crescent City, Ca. The drive along the Oregon coast is SPECTACULAR. The beaches, surf, rocks, etc. Not such great weather conditions for a walk on the beach, though there were plenty of places to pull off and do so. Visibility ¼ mile at most in persistent drizzle. But still, possible to get the flavor…coming back at a sunnier time seems important.

We arrived in Crescent City, and found an inexpensive RV spot in a County Park right on the water. Really, one of the best places we have ever stayed…surf, water, seals – right outside the window. They said the Lighthouse was right off shore, but we could not see it – too foggy. The fog horn was quite apparent, though, and soothing in a nautical way.

The next morning dawned bright and sunny, and we could actually SEE the ocean. Tide was out, people were digging Clams. There is a state park nearby with a hiking trail in the Redwood Forest, and there is a nice bike path that runs right by our RV. AND, the weather forecast: Nothing but sun for several days!!

We decided on the spot to extend our stay in Crescent City!

And good thing we did. The weather became absolutely SPECTACULAR. We rode our bikes for several miles up and down the shore. We walked through the Redwood forest at a nice little State Park. 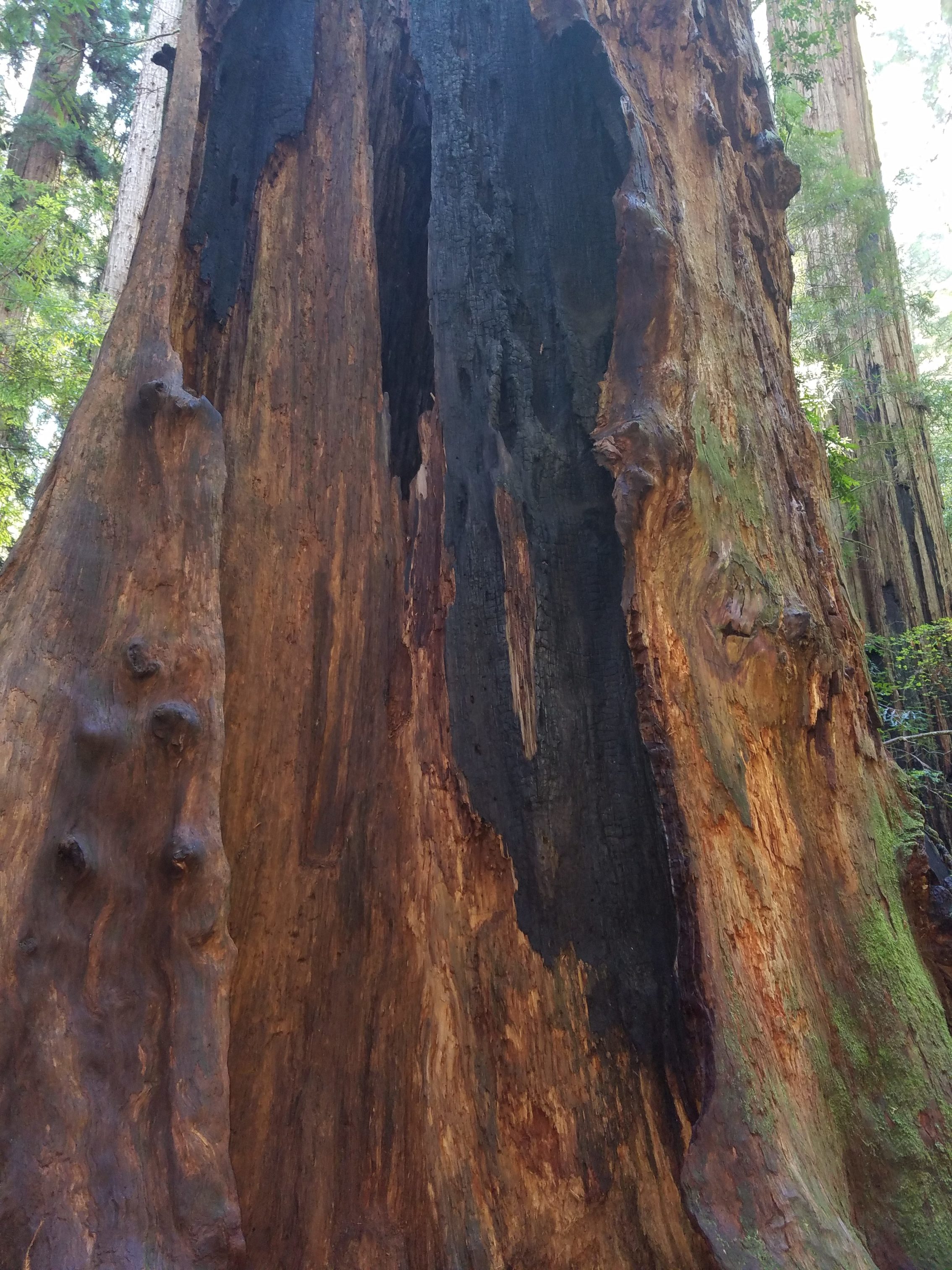 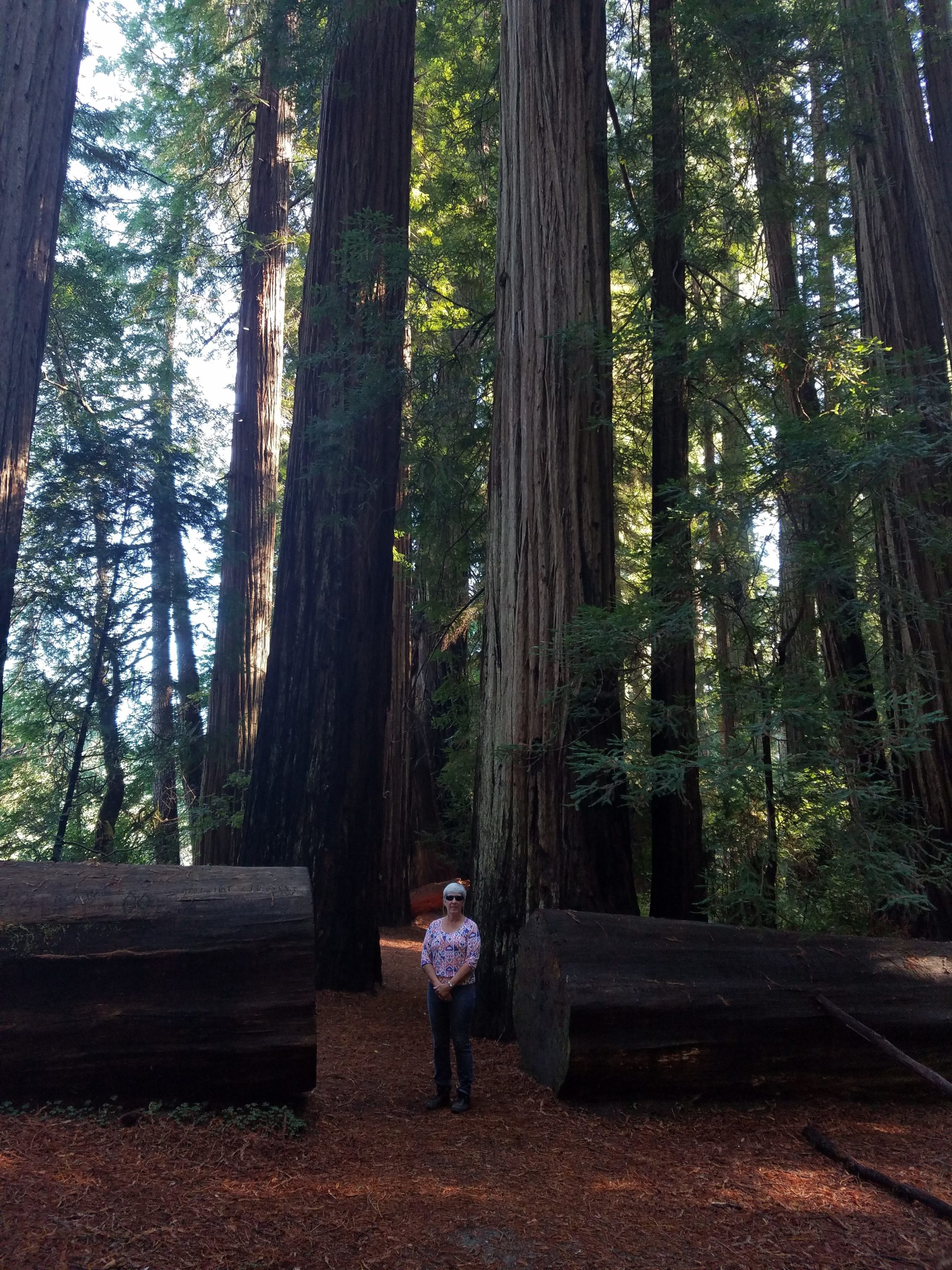 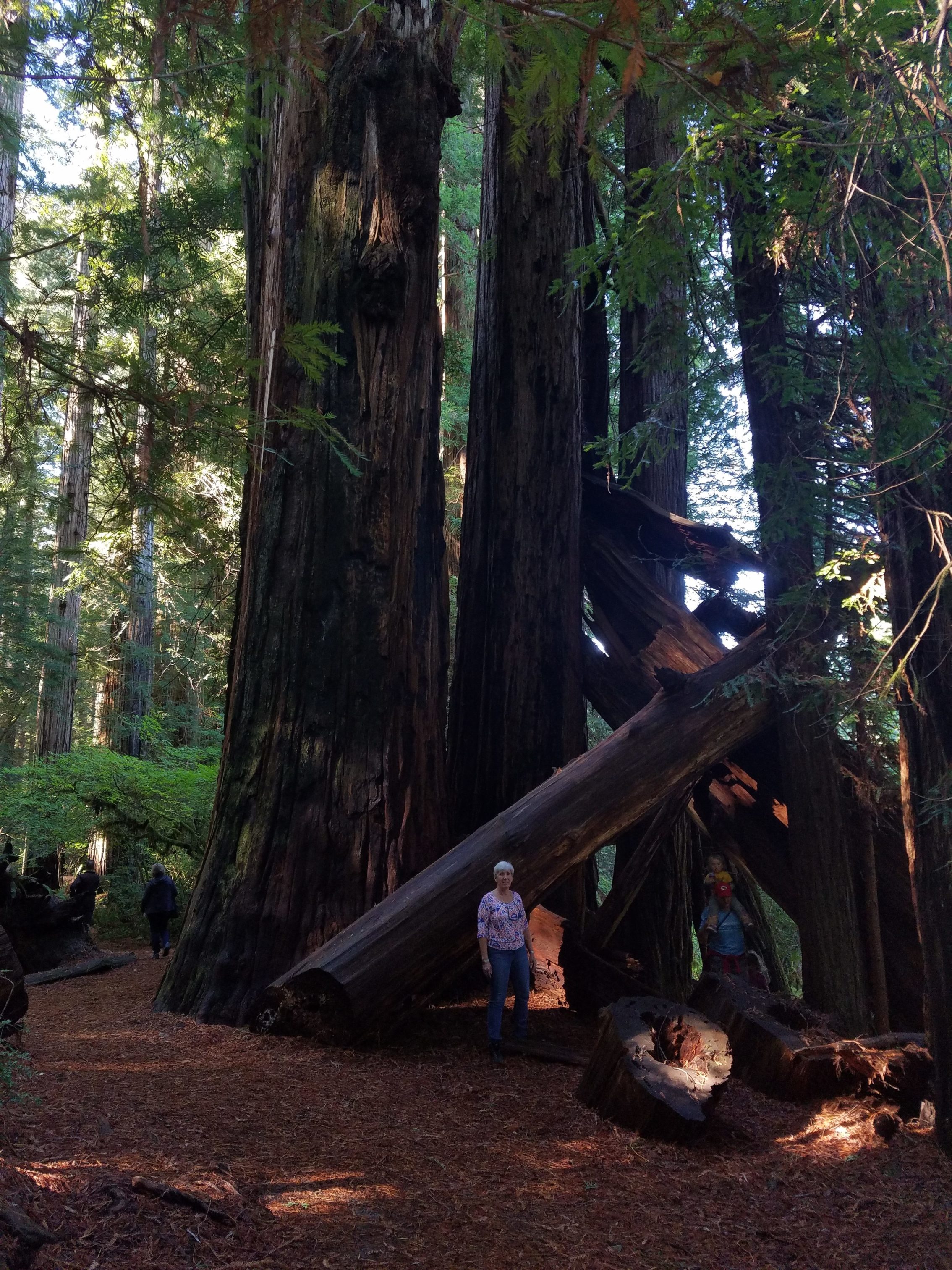 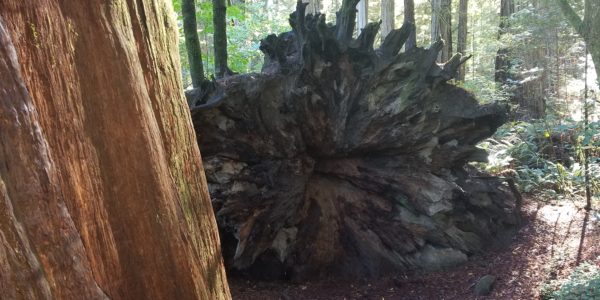 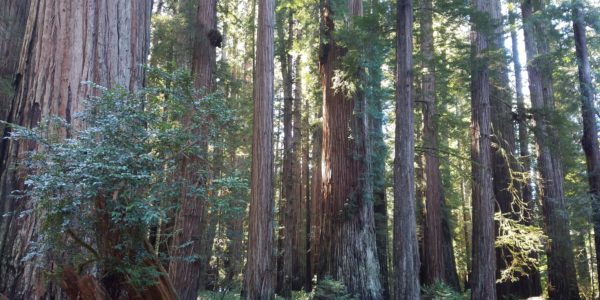 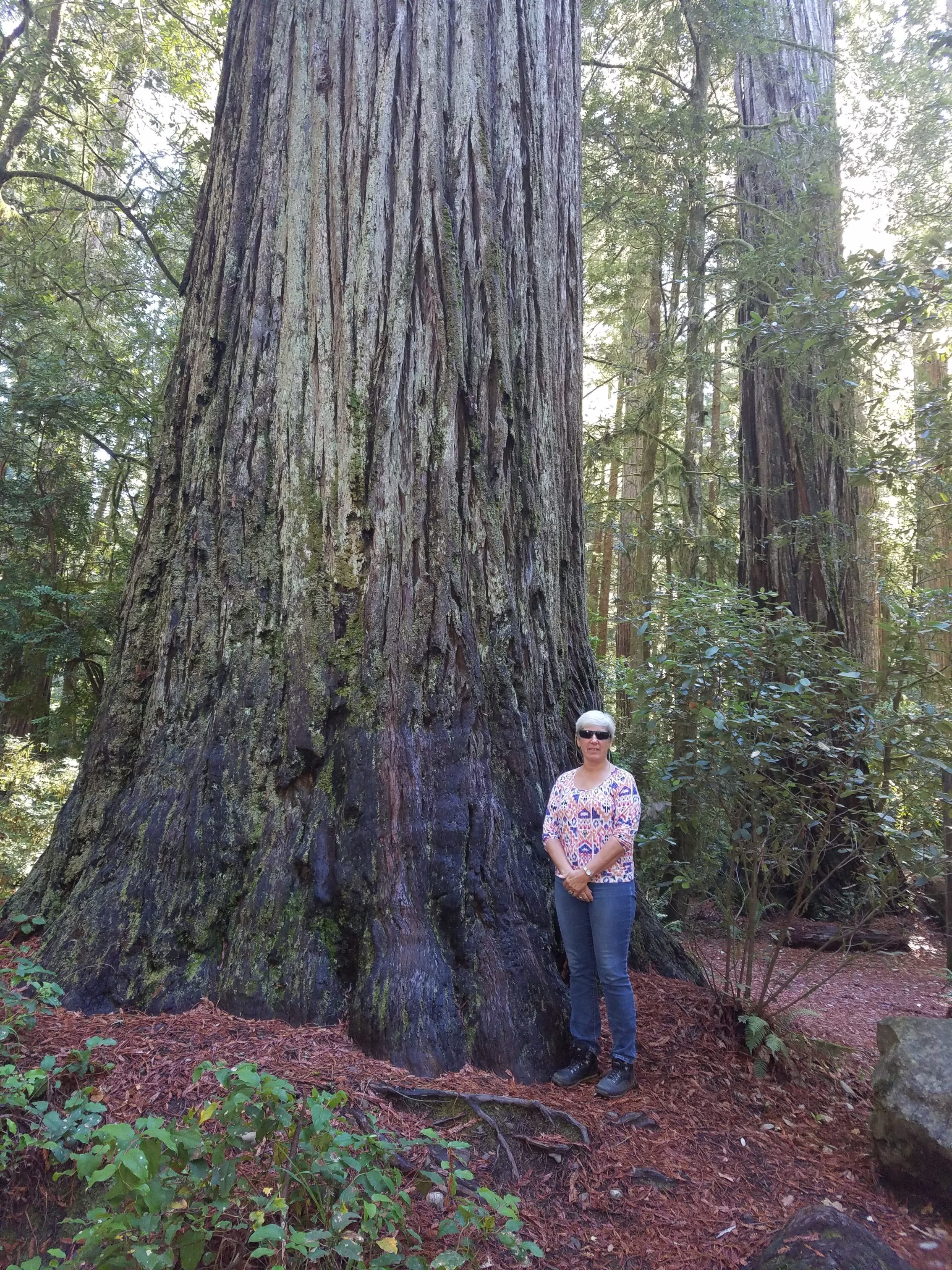 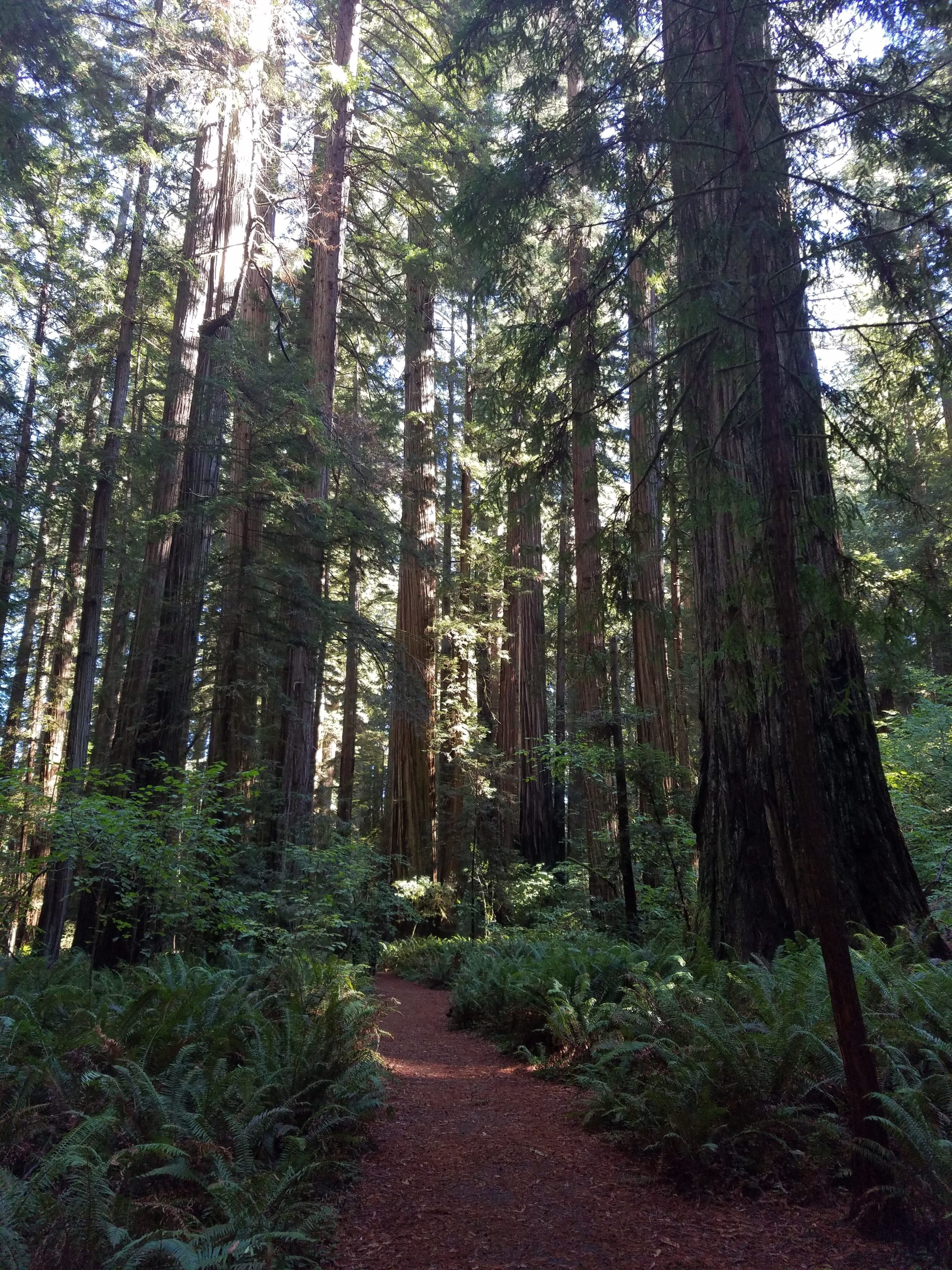 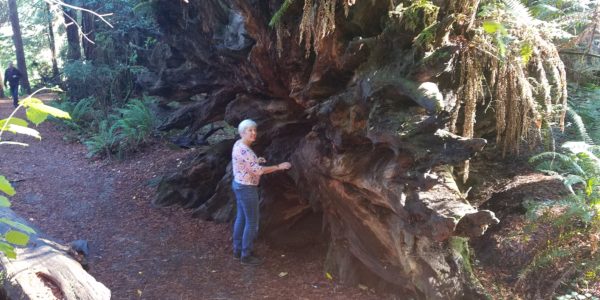 We walked out on the sand at Low Tide. The lighthouse revealed itself. The seals became visual, not just a sound track in the mist. We even rode our bikes to Walgreens and got Flu Shots. Such is Life, on the road! 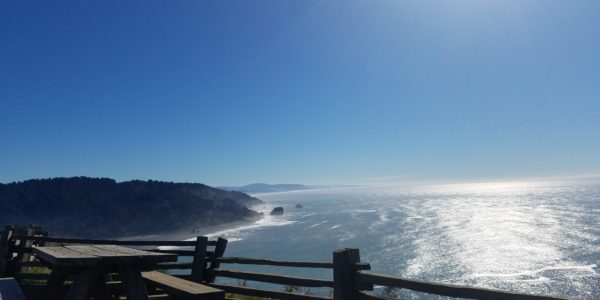 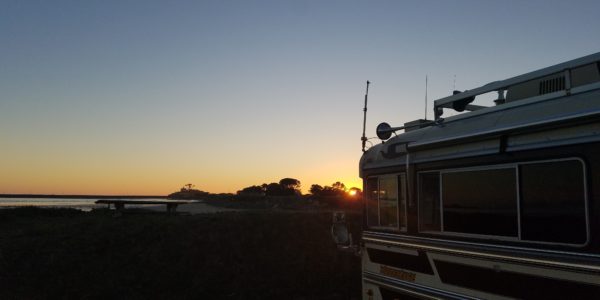 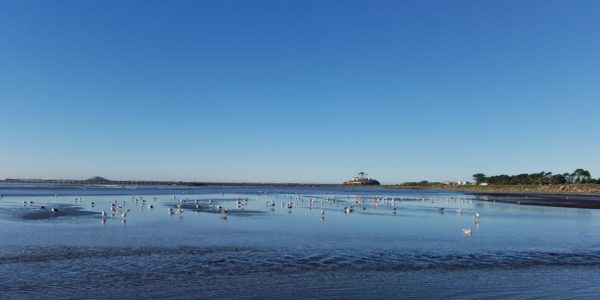 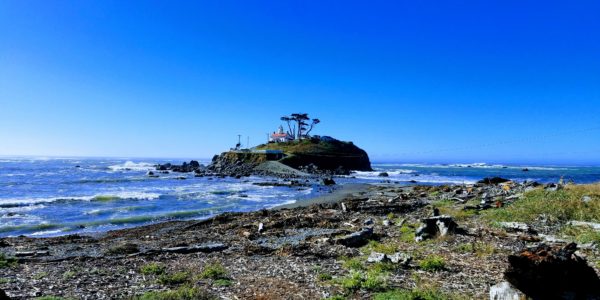 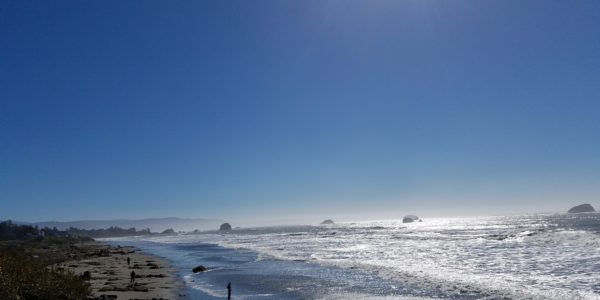 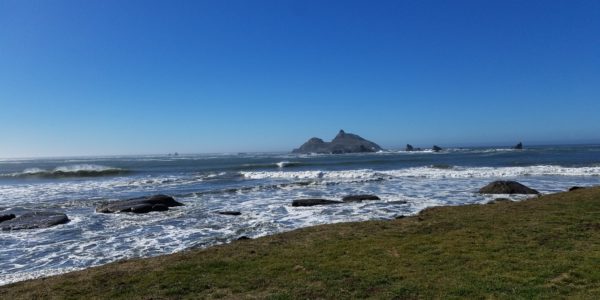 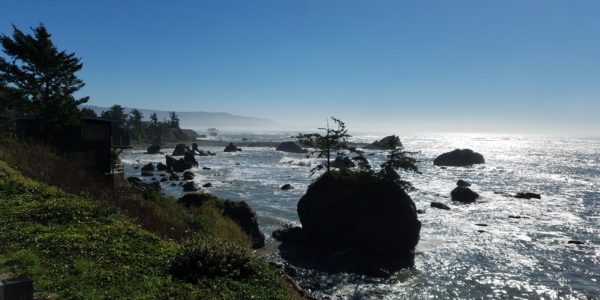 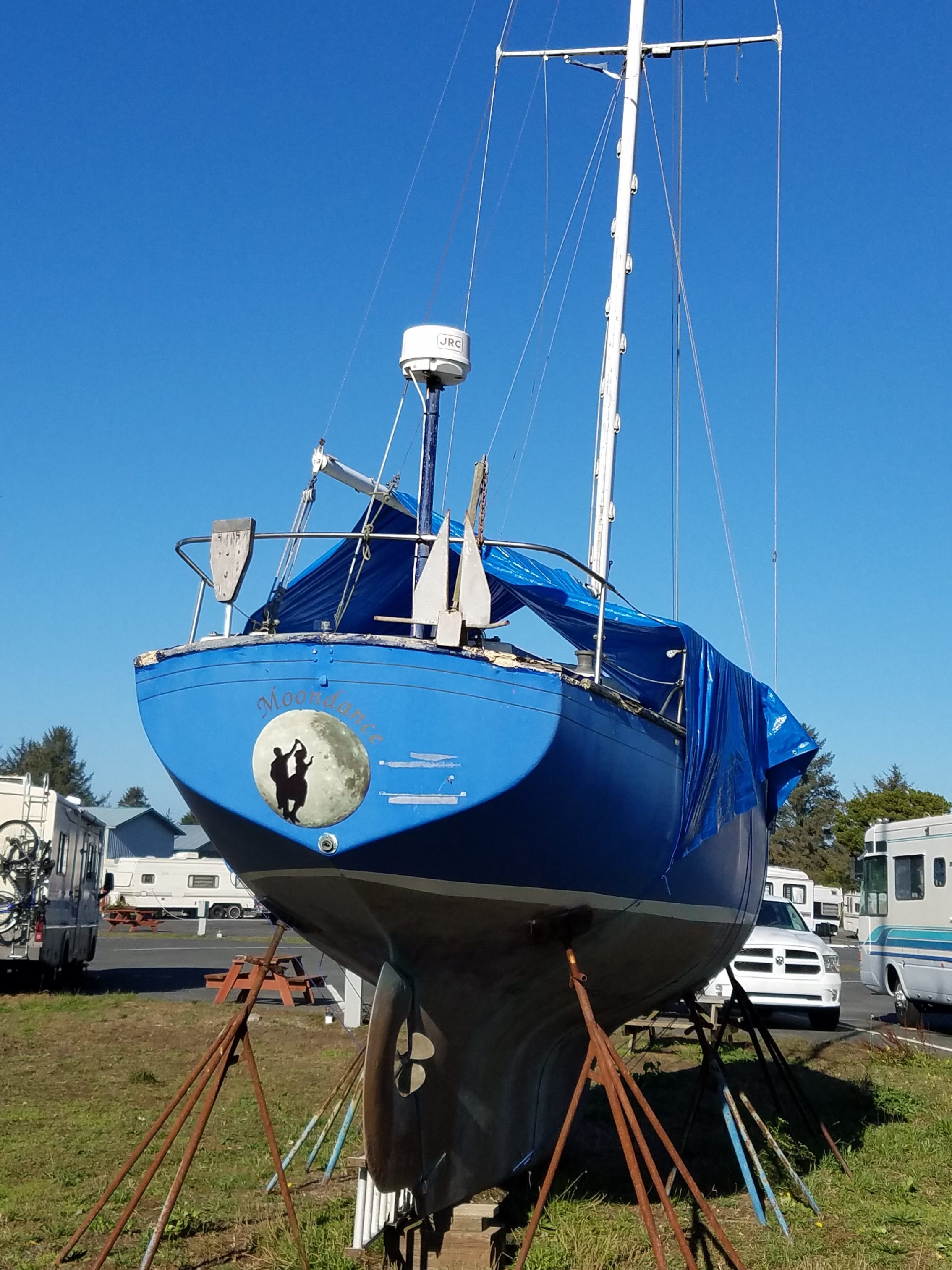 3 thoughts on “Hunkering Down!”

← Is A Vintage Bus really an Online Dating Service?! ← Stuff Happens…
Next Up

So, just after my post assuring everyone that we do not spend ALL our time making repairs…. [su_pullquote]The Bad News:…

Is A Vintage Bus really an Online Dating Service?!

Some of you may be getting the wrong idea about the pace and focus of our lives in retirement. It…